So I totally forgot about the achievement / challenges portion of the new Xbox One. Where publishers and designers can add achievements pretty much on the fly, even altering existing achievements. Add to that the new challenge style achievements, which although don’t appear to count for any points, are going to be part of any true 100%.

So where does that leave me and this challenge? I still plan to stick to exclusives first (with Xbox One only titles being top priority) and get those covered. But I am adding any game that utilizes the new system will be my overflow area. Meaning when I have time I’ll be working towards keeping track and scoring any challenges. It will be interesting to see how many games make use of this loosey goosey achievement system.

Oh any playing a LOT of Ghosts on Xbox One. A LOT.

Trying to determine games, achievement lists to be ready. Seen NOTHING really concrete so far.

Launch is almost upon us. Picked up a controller at Wal-Mart and I like the new design. The biggest thing for me is the removal of the battery pack. It’s now enclosed in the controller so the back is flat which is really nice holding wise.

Games I will have at launch:
Ryse
Dead Rising 3
Killer Instinct (From MS)
Call of Duty: Ghosts
Xbox Fitness

Did the whole upgrade thing at GameStop and they just told me I wouldn’t get the coupon for 7 to 15 business days. From today. So they fucked me there. To be honest I have all but given up on GameStop. If I don’t have the upgrade coupon by launch I am done with GameStop. Best Buy is just so much easier or just overnight from Amazon with Prime. Their “exclusives” for pre-orders have been a complete joke lately.

EDIT: 11/20 – Despite a GameStop PowerUp Rep telling me I didn’t qualify because I pre-ordered BEFORE the next gen upgrade offer starting (despite the rules only saying buy it near launch) I got the coupon for the $50 guaranteed trade in for Ghosts so Ghosts is back on the list.

I was all pumped for Powerstar Golf until I just learned there is NO online multiplayer. You just play a ghost of your friend. Changed it from a definite to a demo.

So I was one of the lucky people to get Killer Instinct with all characters from MS. My issue now is I see Killer Instinct Classic is a completely separate game with a 1000 gs of it’s own. Does this mean I need to buy the Pass at $20 just to get Classic? That would suck if it’s the case. Will have to wait for launch to see.

+ The Snap function and being able to go to guide while a game is active.

– The fact that two games (Ghosts and Ryse) glitched me after coming back from Guide and I had ZERO button control of the game.

+ Code redemption via the Kinect. I HATED Kinect on 360, but it is AMAZING on One.

+ Kinect. Kinect Rivals Preseason is just fun and it works. All of my issues were from me not knowing the actual commands they wanted me to do.

– Audio. The Headset is TRASH. Anyone who likes it doesn’t know what a real headset is. Why was this launched without chat from the millions of dollars of headsets people have?? The worst planning ever.

+/- Achievements. Like the new unlock look. Hate the 3 minutes it seems to take to get to them. The new large tiles look beautiful but a simple list would be nice to just see what I have and don’t have. Also nothing on xbox.com so far. Another thing that wasn’t really ready to for launch.

POWERSHOT GOLF: Love this. Would be a perfect 10 except for no online multiplayer. Putting is taking a LOT of getting used to and the randomness of obtaining equipment can be disappointing.

RYSE: Played some online. Is there a way to make sure you do executions or is it random? Also this might be the slowest leveling game in the history of the universe. Played three entire matches and still haven’t gotten to even level 1. Looks great. The backgrounds and vistas appear to have been given a higher graphical importance than the millions of enemies you attack.

KILLER INSTINCT: Haven’t gotten my code from MS and you can’t unlock achievements unless you pay for or get at least one character so this is on hold until I get my code. 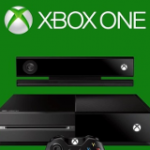 RYSE (950/1000): Finished Legendary. Really loved this game. I think some of the random battles with different enemy types all coming at once was a LOT harder than any of the boss battles. Never failed a boss battle on Legendary. Several sections I had to do a few time of just random guys. All that is left is the grind to level 100. Hope the DLC is fun and engaging as I will have no problem coming back to this. I am level 20 online and I am shooting for 5 levels a day. That puts me complete with Ryse on 12/18. We’ll see if I make that or not.

NEED FOR SPEED: RIVALS (500/1000): I like this game. Fast paced, great graphics. The main issue is the peer servers. Some of the harder challenges can take 20+ minutes to complete and then for a host migration to just destroy all the work is a real pain. It also seems that Racers have it pretty hard. Any time I get anywhere near some good money (100,000+) I get rape swarmed by 10 AI cops driving twice as fast as me with high end tech. Gets frustrating.

POWERSTAR GOLF (635/1000): Getting gear in this game is a GRIND. You get money for getting medals in a match, but once you get it, it’s gone. One time deal. The base money for finishing a challenge is around 800. It takes 60,000 to get the good pack of gear (Extreme) and half of what you get is WORTHLESS. Leveling keeps on going after 50 (The last event and achievement that is level based) but has NO reward. Why not 500 or 1000 credits for these levels? It’s a fun challenging game but it already feels like I spend a day now to get almost no where.

FORZA 5 (105/1000): Realistic racing is just not my thing. This is a real grind for me. Play against easy AI to just get races done. It looks great but for me, it’s pretty boring.

STILL TO EVEN START:
Dead Rising 3 & SWAP Force. Both look enjoyable. I’ll probably start DR3 once I get Ryse done.