Stick It To The Man 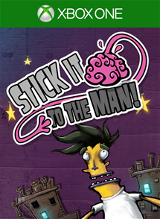 Stick It To The Man is a side-scrolling platformer / puzzler developed by Zoink! Games. The main protagonist is Ray and the story starts as Ray is on the way home from his job testing hard hats. Due to a unfortunate accident Ray is hit on the head by a mysterious canister and awakes to find that a long pink sticky hand is protruding from his head (think those sticky toys you get for 25 cents in a vending machine) and the rest of the story is about finding out what is it and why it’s there. No one but Ray can see that it is there and the game refers to it as a Spaghetti Arm. This spaghetti arm is your entire interaction with the environment. It allows Ray to read people’s minds and more importantly to make their thoughts manifest into physical objects Ray can use to navigate the world. Ray also uses this arm for fast movement. There are push pins plastered all over the map that allow Ray to quickly traverse the world and the game does a good job of creating paths that allow you to maneuver back and forth from one side the other. The main use of the arm though is to interact with world around him. Ray can peel back the layers of the world to reveal objects and characters inside buildings and vehicles and then pull those objects out and use them to advance to new areas. 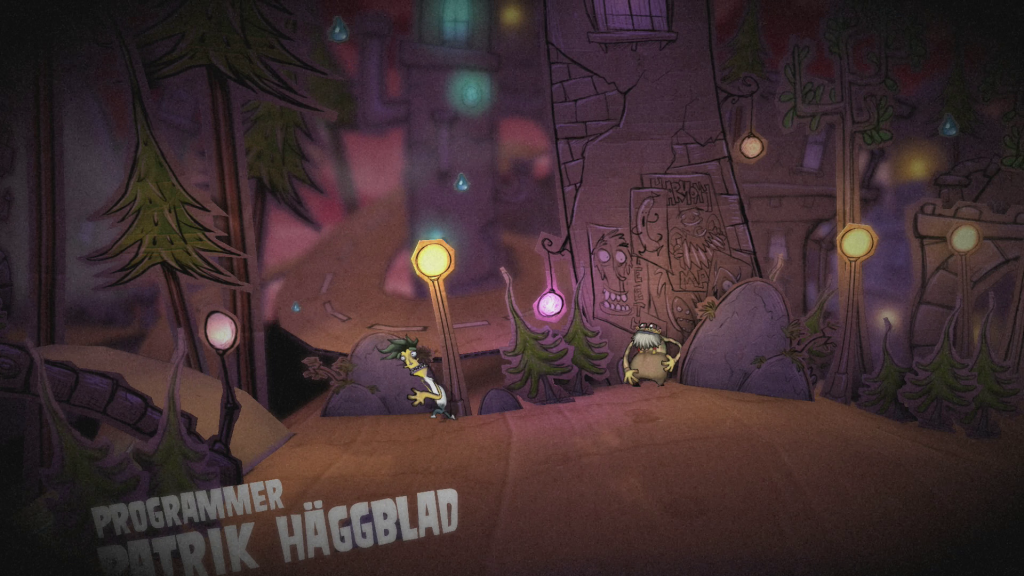 The game is very beautifully laid out in paper cut out fashion. This style of game art is really starting to catch on and when done right, as it is here, really looks good. (Is there a term for this type of art? Someone somewhere must of come up with some jargony name.) Everything you interact with is a sticker placed on top of this paper world and your job as Ray is to manipulate these stickers to solve your goals. One of the first such challenges is to take the teeth out of an alligator and give them to a small dog. This allows the dog to scare off some bad guys so you can progress. All of the puzzles are along this line and really the entire game is a series of puzzles to get from one area to the next. There is nothing Mensa level in Stick It To The Man. They are not trying to confound or confuse you, the puzzles are really here to advance the story. In fact if you look at the map it will plainly point out everything you can interact with and it’s really your job to just pick the right item at the right time.

Besides fetch style puzzles the only other obstacle are sections of enemies you need to maneuver around. You progress through these areas with a combination of moves and using their own thoughts against them. Come up on a agent who is thinking about you and this allows you to pull that image of Ray off of the enemy’s thoughts and place it on the face of another agent causing a small window of chaos for you to move to the next area. The one issue is that controlling the arm is unfortunately quite touchy and it can be difficult to pinpoint a single specific object when there are groups of things to interact with. During the later stages you need to manage the Agents through their thought stickers and I found myself performing an action that got me killed versus the one I wanted to do many times. 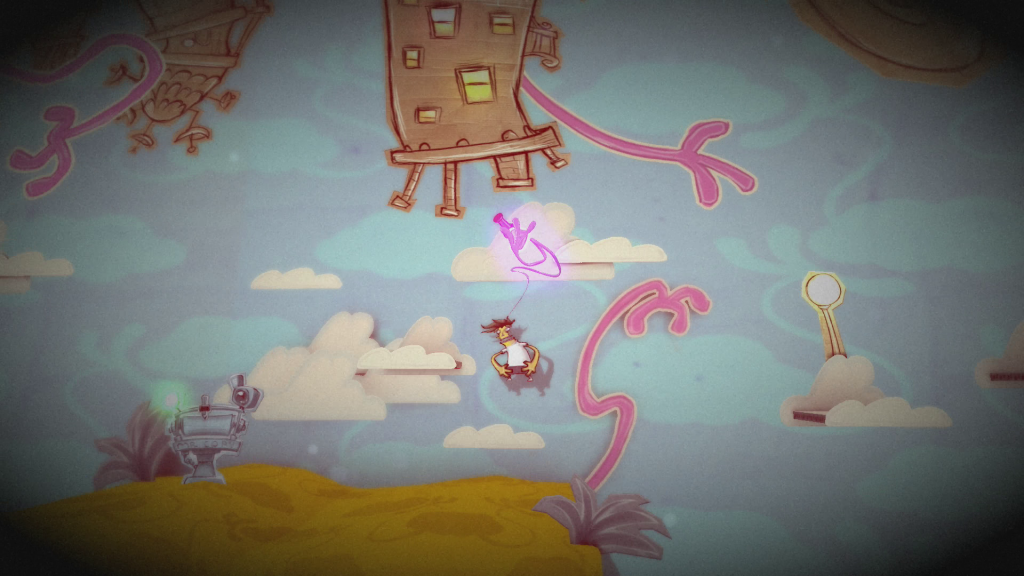 The story is what really keeps this game flowing. The voice acting is just excellent and even the most minor character has something to say and contribute to the story. Basically the entire game is Fetch, Outrun Enemies, Repeat but it doesn’t get boring because of the level of story telling that is going on. If you are just a playthrough to get it done type of gamer then you might find the repetition a little boring. But then again you really don’t get a chance to be bored because it’s not very long.

The length is a definite issue. There are a total of 10 chapters with the first 2 being short story / tutorials. To 100% complete the game took me about 3 hours and that is playing completely fresh and not watching any guides. It does hit that near perfect price point of $10. A lot of fast easy games are coming in at $7 but I feel the production quality here justifies the $10 price point. Once completed though, there is really zero replay value to Stick It To The Man as you really will most likely experience everything there is to this game the first time.