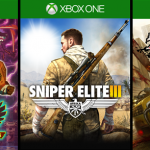 Video games are a beautiful hobby. They can take us to other worlds, allow us to do things we can only dream of, tell us deep emotional brilliant stories, and they are just plain fun. My first video game was Super Mario Bros on the NES when I was just four years old. Although the Super Nintendo was out for a few years by then, my family was stuck with the NES. But that was a great thing because it allowed me to grow up on the 8-bit classics. I’m an early 90’s kid so my first console could have just as easily been a Nintendo 64. Mario and Duck Hunt quickly took over as my absolute favorite thing to do when I wasn’t eating peanut butter and jelly, watching Batman the Animated Series, and pretending I was all twenty-two players on an NFL field at once. Fast forward twenty years and gaming is still my definitive go-to diversion from the real world. Whether it’s playing Child of Light till the morning light is literally shining through my windows or being deeply interested and invested in the stories and advancements of our great medium or constantly checking on the smash bros website to see if any new characters have been revealed; I am always living and breathing video games. Every year around the same time I am baffled, perplexed, and downright annoyed by something that we gamers have to deal with. Summers… Why is it that there’s such a huge chunk of the year where there’s so little to play? There’s an epidemic on our hands and I think it’s time the industry takes a closer look at this and notices that there’s huge money being lost and wonderful opportunity for games to flourish this time of the year.

To clarify, I consider June, July, and August to be the real summer. Yes, summer doesn’t start until the 21st of June, but for the most part, these three months are what we regard as the actual summer. Most of us don’t think of September 15th to still be summer for example (even though the calendar would argue otherwise). For the sake of this article, and for what the entertainment industry in general considers, let’s simplify June, July, and August to be the legitimate summer. Now I don’t for a second want to say that there is nothing at all to play during the summers. There are certainly some games that launch each year. This summer we had games like Shovel Knight, Sniper Elite III, and The Last of Us Remastered. But the quality and quantity is definitely not on the same page as the other nine months. Much of what gets launched during the summer are games that we may end up playing only because it’s the only thing available. Transformers, One Piece, Worms Battlegrounds, Murdered: Soul Suspect, and Sacred 3 are some of the lackluster games that many of us ended up playing just because there wasn’t much else. The aforementioned The Last of Us or the updated Guacamelee! Super Turbo Championship Edition are both ports of already released games (Metro Redux is another example of this). Even if these games are amazing, which they are, it’s telling that some of the best games to play this summer were re-makes. There are definitely some truly brand new and truly great games that came out this summer. Valiant Hearts and Shovel Knight are two of my favorite games of the year. But there’s no doubt that there are fewer games to play during these scorching hot summer days. END_OF_DOCUMENT_TOKEN_TO_BE_REPLACED 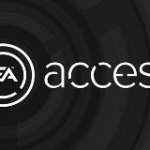