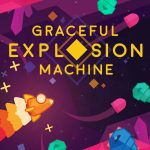 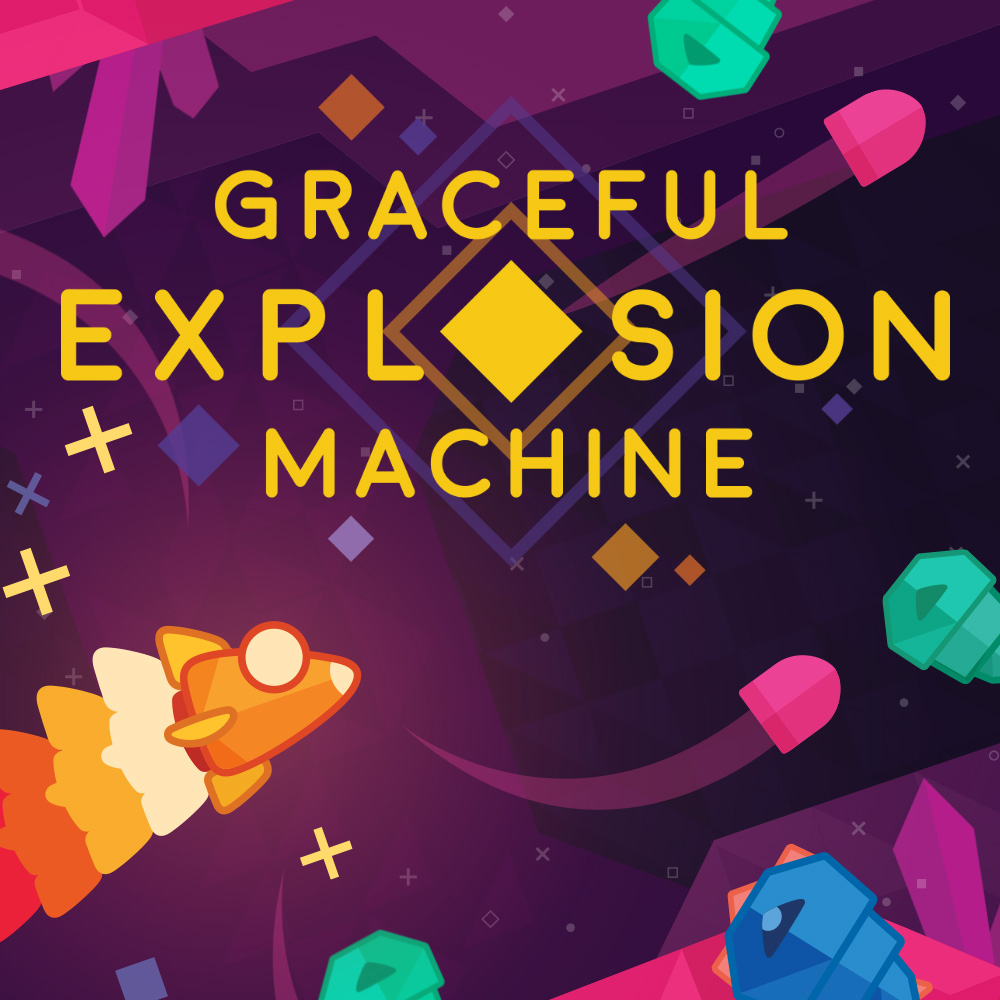 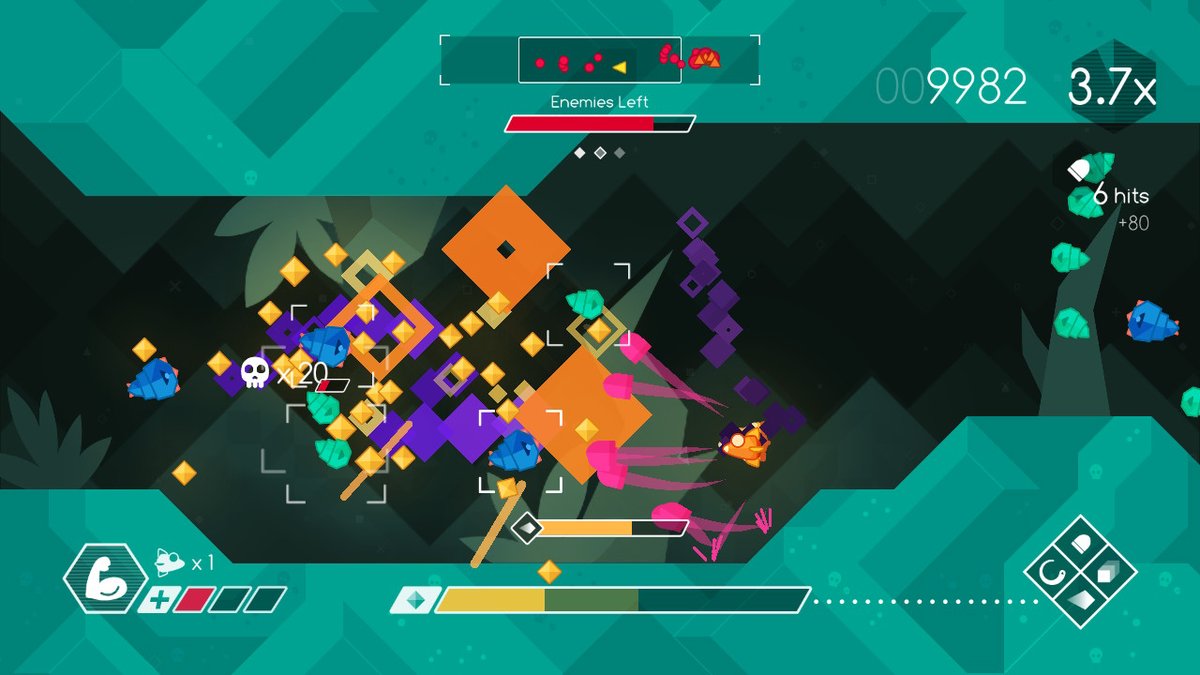 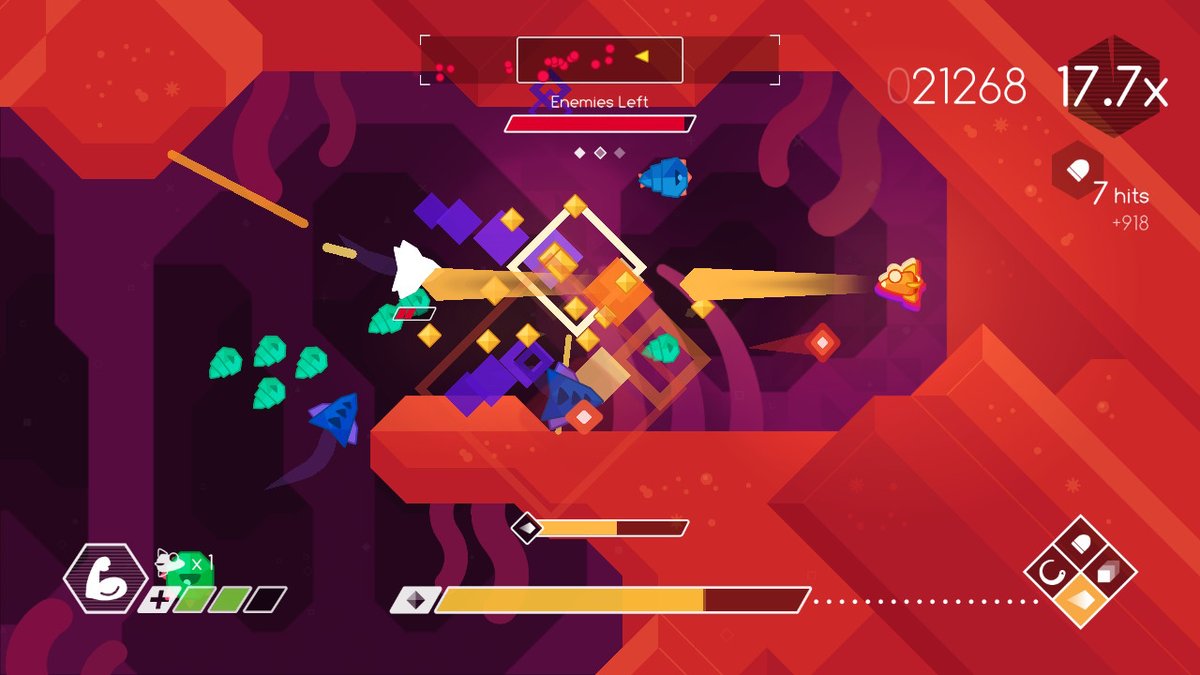 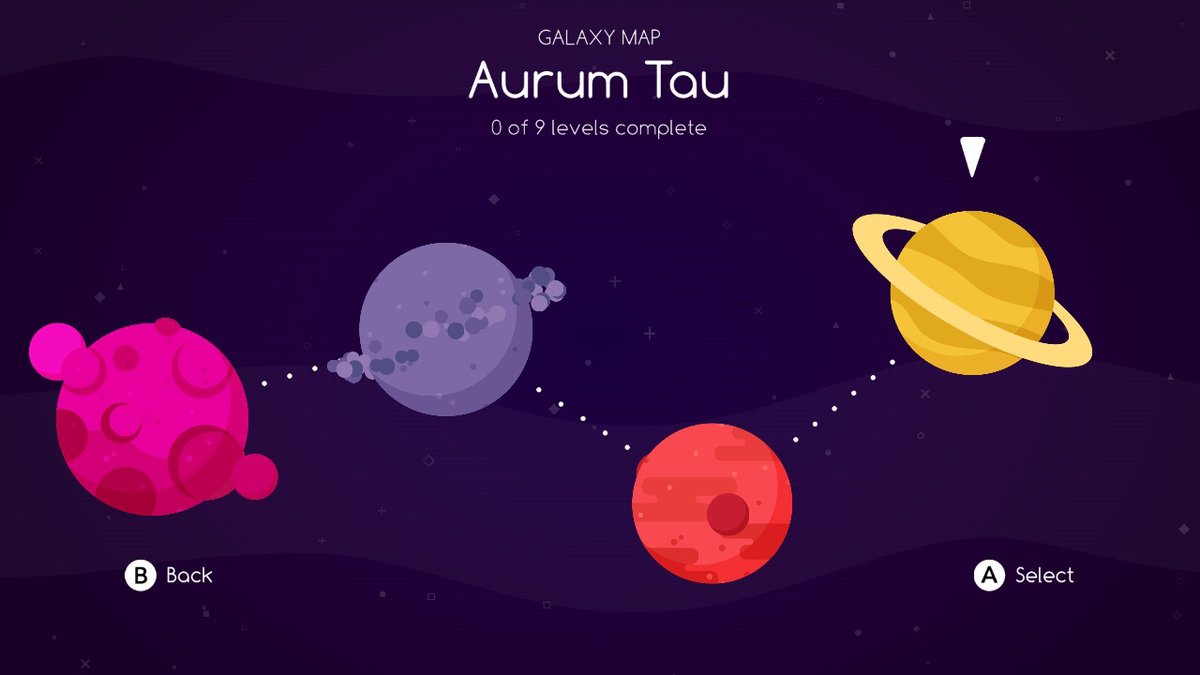 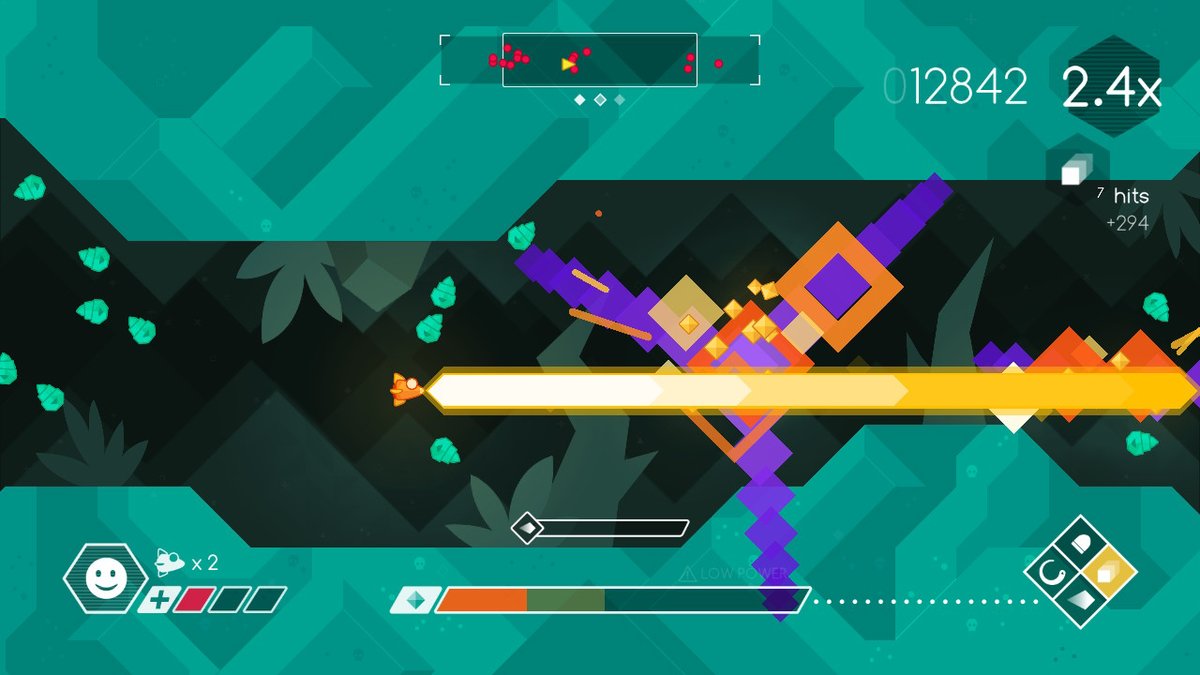 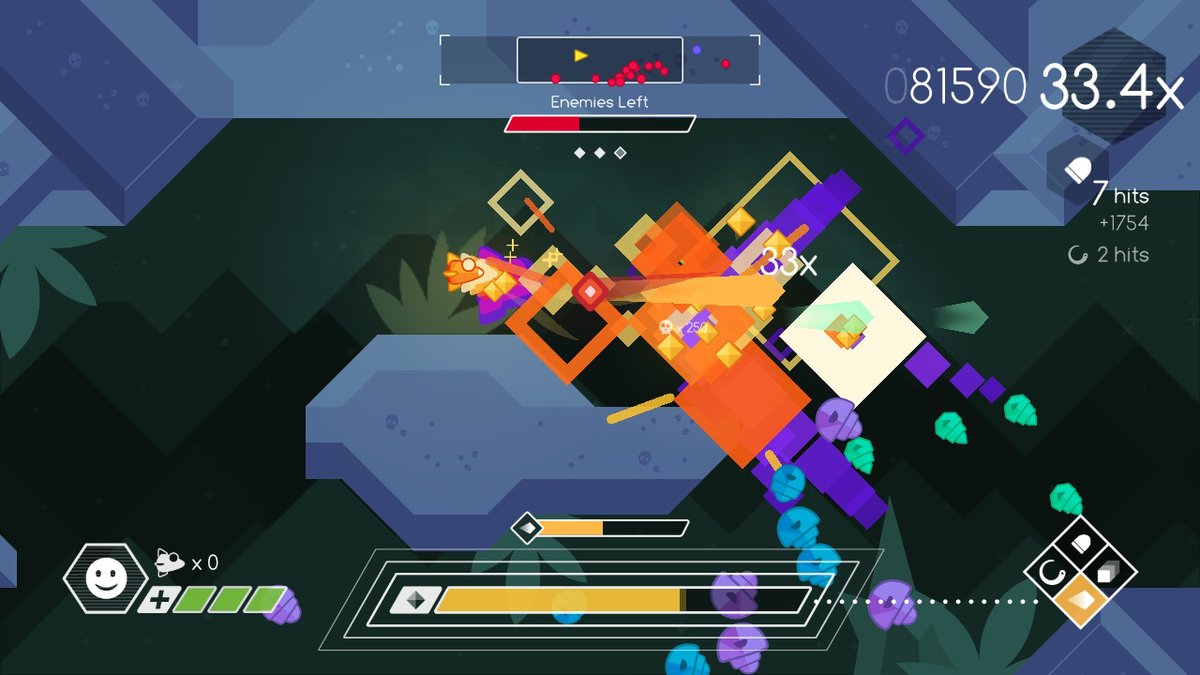 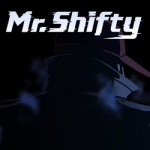 If you have ever wondered if a reviewer has actually finished a game before writing a review then Mr Shifty is here. I hope that everyone reviewing Mr. Shifty finished it first. The reason being the whole thing is a paltry 3 hours and 6 minutes. And you can ask out loud, “Swaggers, you must be estimating that!” And I would respond, “No. The game tells you your time for each stage and a total run time and whole thing took 3 hours and 6 minutes.”

I am now going to go over all the many things that are wrong with Mr. Shifty and then hopefully I can come up with a few good things.

Chairman Stone has the Mega Plutonium and he’s a bad guy so he definitely should not be allowed to have Mega Plutonium so we’re going to go get that Mega Plutonium from him. And go! That is the story and they work on it a bit in the first few levels and then all of a sudden the plot becomes Chairman Stone yelling at you and telling you that you will surely die this level. Every. Single. Level. “You are going to die now.” Anyone know who the Dread Pirate Roberts is? He said that to Westley every day.

You are left wondering the age old chicken vs egg questions. Which came first: The name Mr. Shifty or the ability to Shift? I believe that all the Council members (You get the fact that you are “employed” by a Council in maybe one line in the middle of a level so if you missed that it’s understandable.) were all gathered in the conference room looking over the final two applicants for taking their experimental shiftonium drug. It had been some kind of secret qualification process so no one knew much about anyone else. Both were extremely qualified. Had all the major markers for someone to go on a dangerous mission. One’s family business of 100s of years was probably ruined by the Chairman Stone’s illegal business practices driving the candidate’s dad to drinking and suicide. The other’s sister was murdered by the Chairman Stone’s entitled son during a night of coked up debauchery and Chairman Stone’s sleazy connections to the police chief got him off with no charges. You know, both typical backstory situations.

So there is no story Swaggers. That’s not really a big deal because it’s a speed running type game with timers and all that. A couple things get in the way of this speed style game. First there are no leaderboards. Is my 2:56.948 for Stage 1 any good? I really don’t know as there is no way to check it. (Zero deaths by the way. Yeah, I know, I’m that good.) Team Shifty replied to my question about it on Twitter with a, “Leaderboards are something we wanted to put in but had to leave out of the first release. We’ll try.” So at least they acknowledge the shortcoming but it’s not looking hopeful. I also like the “first release” part. DLC? What else is planned for Mr. Shifty? But as the game stands the only replayability is if you ADD and want to try to beat your own score. Leaderboards would go big towards replayability in Mr. Shifty.

And during your super speedy run through, whether it’s your first time playing or your 10th (and why would you ever play any of these levels 10 times?) you are stuck in sections having to read through the same story over and over. Sometimes you are sitting waiting at the exit for a conversation to finish so you are being artificially held up for no good reason.

As far as straight up bugs are concerned I had 2 game ending bugs. On one level the end door would not activate after eliminating all the enemies and on another the game simply froze when trying to leave the level. Now 2 bugs might not seem like a lot but when your whole game is only 3 hours long it’s too many. The biggest problem with stage ending bugs in Mr Shifty is there is no real continue. Continue simply means start the entire stage again no matter the reason you leave whether it was by choice or a bug.

I also experienced a LOT of framerate issues, especially in the final 5 or so levels where the number of enemies really ramps up. Framerate issues to the point of complete and total stoppage in the gameplay for seconds at a time. Team Shifty / Tiny Build say a patch is coming to fix this and I’ll re-visit this review if that every happens.

The gameplay itself is interesting. There are really only 2 actions in the entire game. You are either shifting forward a set distance or hitting someone, preferably from behind. And with only these 2 actions I never really got bored playing. Frustrated at framerate and mad at the game ending bugs, but never bored. New mechanics are added as you go in the form of areas you can’t shift to and minor things like that and levels change slightly so it’s doesn’t get super repetitive but almost all of the stages the goal is simply to kill everyone even if that is not the stated goal. Now to be honest some levels you can fly through but it never really makes that clear so I usually just murdered / knocked out everyone to be safe.

Mr. Shifty has seems to treat Stages 1 to 14 as the tutorial levels. I completed them all in under 10 minutes each with just a couple of deaths, and those mostly from gotcha type situations. Then from 15 to the finale at 18 my times are 20 minutes plus. It’s like the actual game is only 4 levels long. But those 4 levels show what the game could of been. They are long and involve a lot more planning and strategy to complete.

The graphics aren’t going to knock any socks off but they are detailed and from the first time to the last time it was a real joy to knock someone through a glass window and watch them drop into the oblivion below. That probably says something dark and sinister about me as a person.

In all honestly it doesn’t seems like it would take much to make this a better experience. They are already working on improving the framerates and adding leaderboards would at least add a competitive side. The final few levels are a real challenge but end too soon. Overall it’s just too short, too expensive for length and just too broken to be really enjoyable.

PROS:
1) Final 4 levels are exciting
2) Graphics are simple but detailed