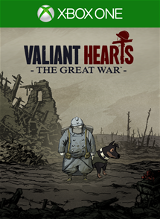 Valiant Hearts: The Great War is a download only game from Ubisoft Montpellier. The game uses the gorgeous and innovative Ubi Art engine which allows the developers to place concept art directly into the game, resulting in some breathtaking visuals. Valiant Hearts is a side-scrolling 2D puzzle adventure game that takes place during the World War I. The game follows a French man who becomes a POW named Emile, his German son-in-law named Karl, an American soldier looking to avenge the death of his wife, a Belgium nurse named Anna, and the trusty dog that links the whole group together named Walt. The narrative follows these characters across the different nations on both sides of the war with a huge emphasis on story. Valiant Hearts is a beautifully ambitious game with some minor flaws but overall a wonderful experience.

As mentioned before, the Ubi Art engine is used to bring Valiant Hearts’ world to life, and it does an absolutely marvelous job. The hand-drawn art style and charm of this game are some of its strongest assets. It perfectly depicts everything from the happy expressions of Emile when reading a letter from his daughter thousands of miles away, to the brutality of the bitter never-ending trench warfare that was the Great War. The best possible way to illustrate the game’s plot and characters is accomplished through the power of Ubi Art. The music in Valiant Hearts is also a perfect fit, with the central theme being exceptionally powerful. The soundtrack is done almost entirely with piano alone; giving the game its own unique sound and feel. The music magnificently meshes with the Valiant Heart’s tone. The story will take the player through an up and down roller-coaster of emotions right up until the sobering and heart-wrenching ending. I can’t praise the game’s art style, music, character, and charm enough. Everything in this game just oozes with heart. The game amazingly portrays how awful and exhausting The Great War really was for every poor soul involved. 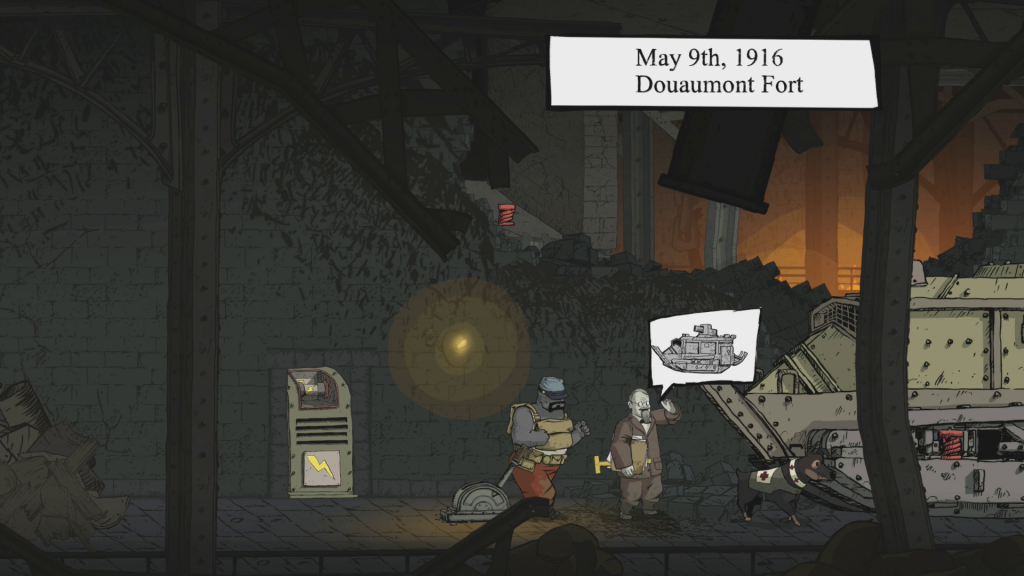 One of the brilliant components of the game is the collectibles. It’s been a mainstay in adventure games since the beginning to add hidden items for the players to find. And it seems to be a part of nearly every single genre of gaming. You’d be hard pressed to find a game that doesn’t have something for you to collect. However, in Valiant Hearts, these collectibles are actual real items from The Great War, historical nuggets for the player. The player will find and learn anything from how the soldiers used goat hides as blankets to how they would make carvings out of bullets while spending months and months in the trenches. This information is invaluable, and history like this in video games is delightful.

As incredible as Valiant Hearts is, it still has a few things that hold it back from being a true masterpiece. The puzzles are very much like an old adventure game. There’s a barrier in the way; now find a way to move it. This could be anything from finding a lever that needs pulled or finding a stick of dynamite to blow away some fallen debris. It’s straightforward, but it get’s repetitive, and they even use the same “find the broken lever puzzle” a half a dozen times in the game. The puzzles did not test my brain much. The only times I got stuck was when I just missed an item on the floor and simply had to backtrack to find it. There were some innovative ideas here and there, especially when it comes to using your dog to your advantage, but overall the puzzles got repetitive around midway through. I ended up riding the emotional waves to the conclusion, which is what I was hoping for in Valiant Hearts anyway, but I think I would have liked a little more “game” here. 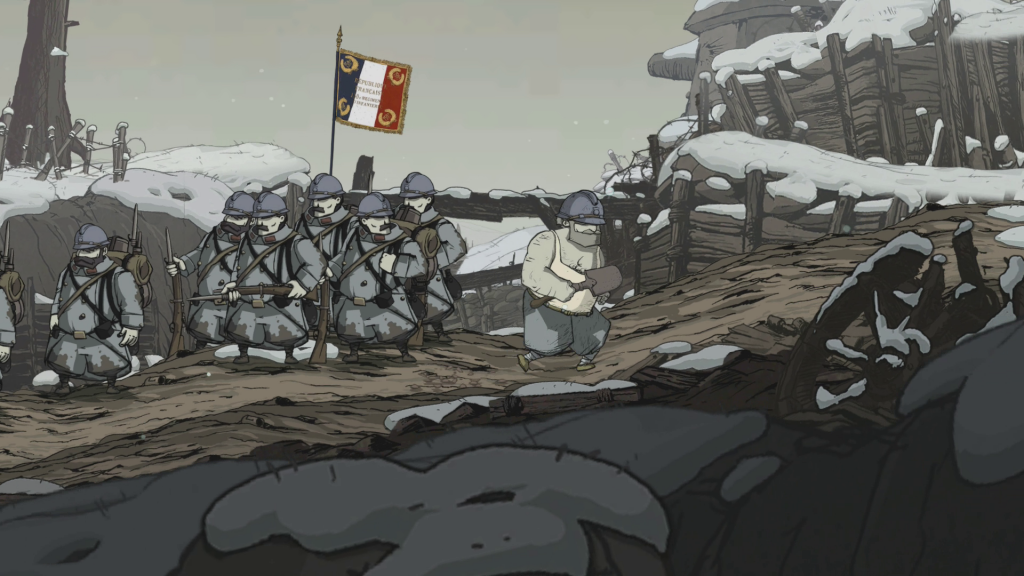 Overall Valiant Hearts is a truly inspiring and unique game. We haven’t had many games taking place during the Great War, having something like a shooter or an action game is a tough thing to do in the slow depressed viciousness that is trench warfare, but a story driven adventure game is a perfect fit. I want more games to be focused on truth and history. The entire game’s story is based on real letters from the war. And the setting may be the closest reality to any war we’ve ever seen in gaming. The art style and music flawlessly coincide with the whimsical yet somber emotional story. Valiant Hearts is a sensational representation of what gaming can give us. Games like Uncharted or Halo are awesome, but they also are shallow at times. When a game like Valiant Hearts comes along, it reminds us of how deep, immersive, and special games can be. For that reason alone Valiant Hearts is truly exceptional.

CONS:
1) Puzzles are easy and repetitive