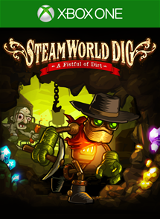 SteamWorld Dig is a platformer by Image & Form that presents itself in a mining game style. The game almost entirely does take place in a series of mines and you do dig a lot but instead of crafting together some new gadget deep in the mines everything is brought back to town and simply sold off for money which you then turn around and spend on new upgrades. Things like longer lasting lights and faster and more dangerous pickaxes. 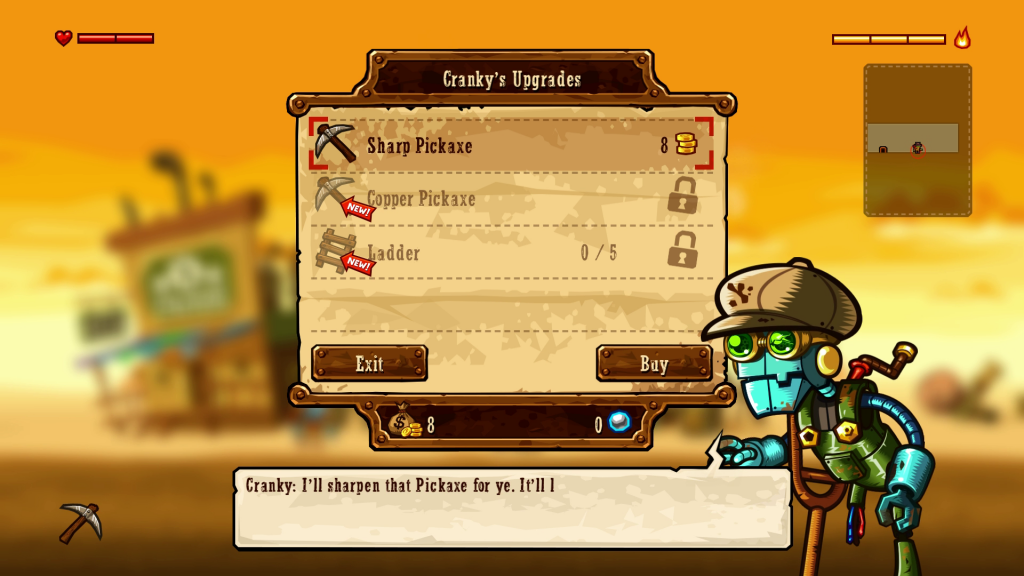 Some of the MANY upgrades

This is a randomly generated world and the exact location of ore and things like that are completely random to your playthrough. The game plays out over a series of mining shafts, each one going deeper than the last, where your job is to get loot and work your way down through a series of challenge caves. There are 3 main caves per level that provide basic starter upgrades like the ability to run and double jump. There are also a series of challenge caves that provide smaller puzzle environments that reward you with orbs and ore when you complete them.

Overall there are around 10 different enemies that you will encounter. Ranging from small beetles that only move in a set pattern in a set area to explosive drones that seek you out. It’s a nice range or types all with different styles of attack and defense. Nothing jumps out as; wow what an amazing concept for a enemy, all of them have their place and unique abilities.

One of the cool things in SteamWorld Dig is the escalation of speed. The further you go down the mine shafts the harder the ground gets to break up, BUT With some good upgrading and use of your abilities you start to cut through the rock like its not even there. What was once a chore to move your way down starts to feel like a hot knife cutting through butter. This is especially prevalent if you go back to the first area from one of the later stages of the game.

The graphics are very well done. Kind of a 16-bit engine with all the shiny abilities of the ONE thrown on top. Not over the top like a lot of “retro” games are doing, just a nice clean look that is perfect for the game. Kind of a retro robot steampunk. It is called SteamWorld after all. 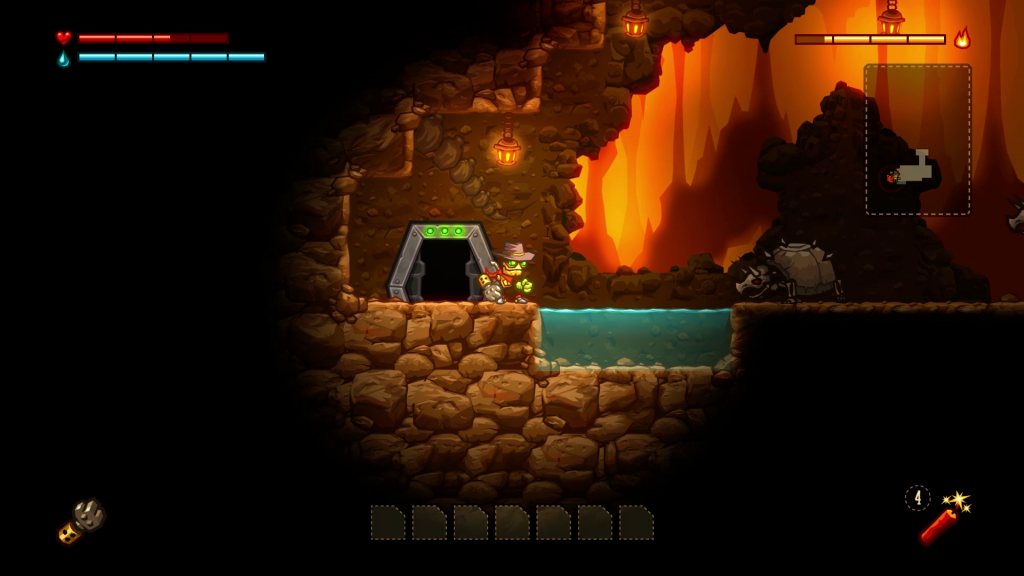 One of my biggest complaints of all of these dig style games is that it’s fun to work your way down, but always a pain in the ass to get back up. SteamWorld Dig solves this problem with a series of placed teleporters that shoot you back and forth to the surface. A extremely nice addition. On top of that you can purchase unlimited personal teleporters. (One at a time only). These are permanently placed just about anywhere in the world. The kicker is they cost orbs which are a rare resource. Get a little too teleporter happy though and you’ll lock yourself out of some upgrades as the number of orbs in the world is a set number.

A thing to note is the game only saves when you go back to town. So a death in the mine is considered a game over, with a money penalty and load back into town with who knows how much progress lost. It’s important to not only think of town as a place to unload loot and get upgrades but as your one and only save point!

One thing that disappointed me was the opening tutorial was a nicely laid out story mode with interaction with other characters that made me think this was going to have a nice in depth story to go with it. Unfortunately as soon as you get to town everyone turns into a standard merchant NPC and your interaction with them for the entire rest of the game is simply a few lines here or there about what you are up to. It was a let down to see so much promise of story go down the drain so fast. 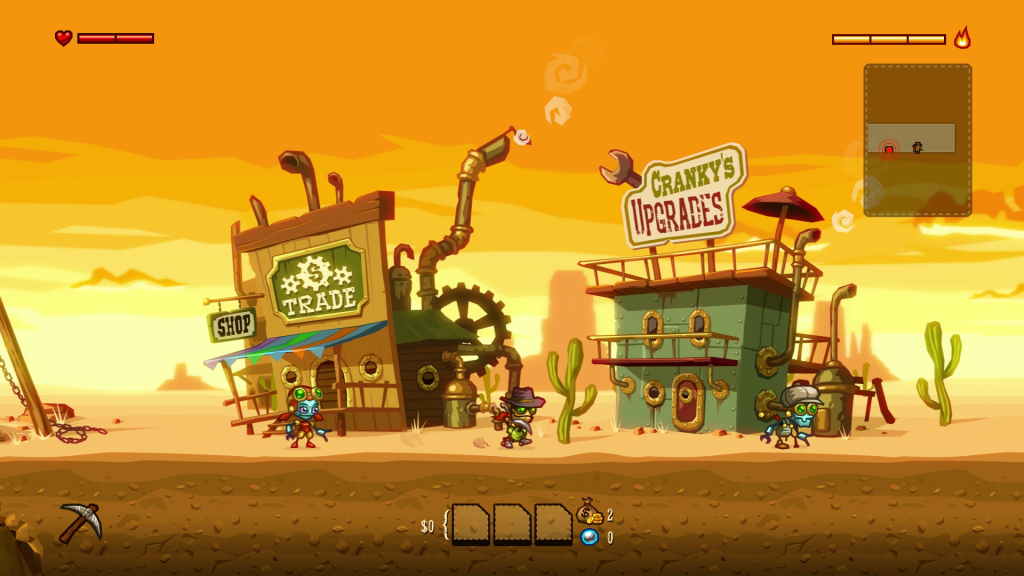 The overall game is not that long and can be beaten in under 2 hours and 30 minutes. Which there is a achievement for doing that. In fact each playthrough is rated on 4 criteria. You are trying for 0 deaths, over 20k in loot cashed in, over 150 orbs found and doing the whole thing in under 2:30. There is definitely a speed run type mentality to this game with how fast can you clear the areas and with how few upgrades. And although there is a lot of loot, you will really need to scour the entire game and all the bonus caves to get everything unlocked.

Overall SteamWorld Dig is a lot of fun to play. It would of been nice to see the story more filled out but the gameplay and graphics are top notch. Being a single player game it is a little on the short side with a average run probably taking 3 or so hours but the randomly generated worlds give it a fresh feel each time and speed run type gameplay give you something to keep coming back for. For the $10 price tag I fully recommend it.