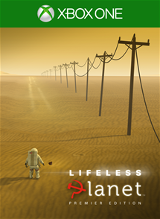 Lifeless Planet is a 3rd person adventure game made by Stage 2 Studios. It tells the tale of a astronaut who has crashed landed on a remote planet and his harrowing tale of trying to get back to Earth alive.

You could also describe Lifeless Planet as a walking and jumping simulator with an occasional repetitive puzzle thrown in at random intervals. When I say walking and jumping I mean you will spend roughly 90% of this four hour game simply maneuvering yourself to the next puzzle. And puzzle is meant in it’s loosed terminology. Typically you are either moving a bomb to blow open a path forward or you are using a robotic arm to move some alien material from the ground to the power area. The robotic arm’s sections put you into a first person view where your job is simply to grab a space rock and move it about 2 feet higher. I was ok with this in the context that the space rock must be highly dangerous to touch, but not 2 minutes later you’ll have to start scouring the area to find these rocks and carry them to the activators. So you carry this rock to the base and then need to use a robotic arm to move the rock the final foot and a half higher.

Jumping is aided by having a jet pack that gives you a little extra boost to get to the next platform. Quite often you will come to these large platform areas where the jumps are 4x as large. The process is always the same. Find a canister of super jetpack boost juice and then start jumping. You’ll know your done because your super jetpack boost juice will just suddenly run out. Always at the exact second you’ve made your last jump. There is no sense of danger, of having to get the jumps exactly right because if you need it, the boost will always be there until you don’t need it any more.

Lifeless Planet suffers from the same problem as a lot of ID@ games in that you get a flood of new abilities and puzzles in the first half of the game and then they realize they still need about 2 more hours of content and it’s all copy/paste for the final half. To be honest at that 2 hour mark I was ready for this game to be done. But it just keeps going having you do the same things again and again. 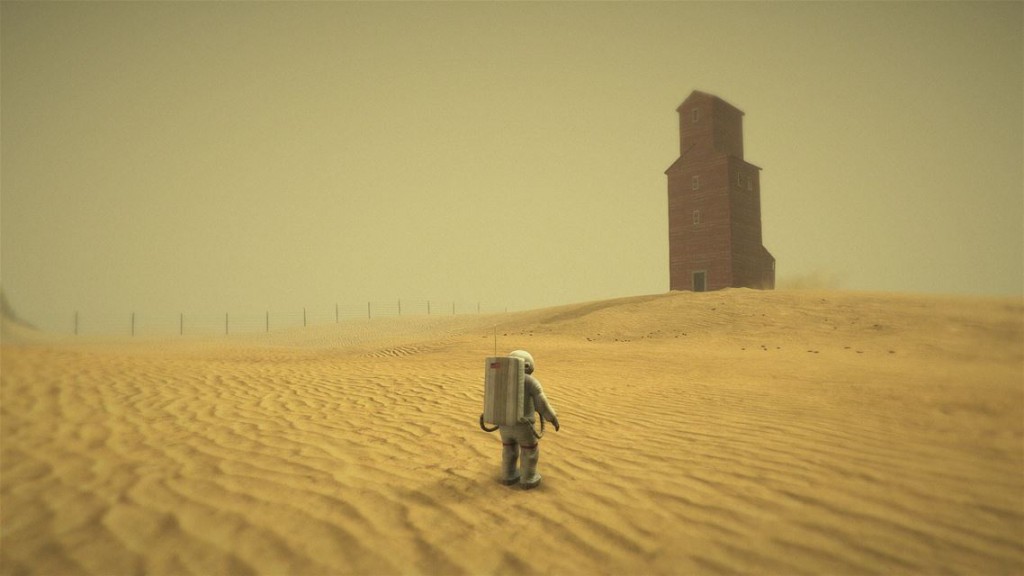 This is about as exciting the environment gets

The story is a convoluted mess to say the least. It’s all played out in a combination of voiceovers and recorded messages all delivered in the most boring monotone you can imagine. Your character embarked on this space mission, which took 15 years by the way, to get away from Earth because he lost his wife. But then it ends up he didn’t lose his wife and now he wants to get back to Earth because he suddenly remembers how much he loved Earth. And let me tell you no matter how much you hate Earth, you’re going to miss it pretty quick with the boring landscape monotonous landscape of this mystery planet. Plus the Russians got there first, but they did it through some portal they found so a big thanks to the Russians because we spent 15 f-ing years in a spacecraft and they just walked through some space portal. Then don’t forget the space alien chick that I can’t decide if she’s just some manifestation of your wife or a real alien and if she is trying to help or actually hinder you. It really just becomes a big huge mess. I won’t even get into the let down of the finale because I don’t want to spoil it but if you don’t stop and go What The F please send me a message explaining why that’s a good ending and why it makes sense in any way, shape or form.

There are collectibles in the form of messages and recorded audio tracks. But there are also minerals to find. Not strange space rocks mind you, Earth minerals. So as you are running out of oxygen and being chased by some alien it’s important to go WAY off the main path so that you can find some coal and reminisce about how Earth has coal too.

Graphically the game is great. Your space suit is highly detailed and the surrounding areas are smooth and clear of graphical defects. It’s actually pretty amazing how well the ground areas are rendered. I never had a single incident of clipping in my playthrough and my astronaut only got caught in a dead jump zone once where I had to reset checkpoint and frankly I was WAY WAY WAY off course when it happened.

This is considered the Premier Edition of Lifeless Planet. One of the big additions to Premiere Edition is that they recorded a whole series of Audio Logs in Russian, but I still need to read the PDA log to understand what is going on so it seems like a low priority addition when maybe some more exiting gameplay elements could of been added instead. For $20 there is just too little going on in Lifeless Planet to justify playing the game.

PROS:
1) No glitches
2) Decent graphics with no clipping issues