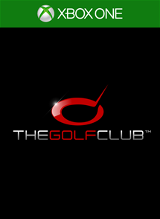 The Golf Club aims to bring a simulation level realistic golf game to the Xbox ONE. It is the polar opposite of the over the top, crazy ability style golf game that Powerstar Golf is. The Golf Club takes you to the course, puts a club in your hands and then sits down on the bench and quietly giggles to itself as you try to figure out how to hell you even do something as simple as swinging the club. There is not a single tutorial here. HB Studio’s official YouTube channel has a series of tutorial videos that are your only option if you can be bothered to leave the game and find them. There are no power indicators, no landing area circles to be found. The entire game is visual. If you are a Tiger Tracking / Astrid’s Putting Preview type putter you are going to be in for a world of hurt. You are given a basic grid and the knowledge of how far you are from the hole and the rest of the putt is up to you. Again, there are no power or percentage indicators here, just your golfer pulling back the putter and you letting it go. I’m not against this “no frills” golfing experience but when you deviate so far from the standard golf game’s setup a little tutorial heads up is the least I would expect from you.

It’s a chore to even start a round of golf. Let’s look at how you start up a round on one of the official courses. How many official courses comes with the base game? Well that is a difficult answer to provide because of the insanely convoluted way in which you even pick a course to play. When you start a round you are presented with a Windows Metro style menu of various sized boxes. Each one representing a course, some official and some user created. If these initial 6 or so courses don’t meet your fancy you are taken to a course search window. One of the worst search engines ever designed. Besides selected pre-approved searches like Top Rated Of The Week or Courses Your Friends Have Played your only other option is a word search of the exact course name left to right. Meaning if I made a course called “Lucky Number Seven Swags” (Which I did and you should play it to get the Lucky Number Seven achievement) the only way to find it would be to search for “Lucky Number”. A search for “Swags” or even “Seven” would not find my course. The even more major issue is that the search is ONLY based on names. I can’t search by Creator. No search by difficulty, number of holes or any of the other standard items that would make sense in a game that prides itself on the shear number of courses that will soon be available via the course creator.

The course creator is really The Golf Club’s shining star and even it is flawed in many ways. As with the main game, outside of searching for YouTube videos, there is no help getting started. Let me get it out there that you can do some amazing things with the course creator. I’ve already created 5 or so achievement helping based courses and after the initial four hours of bumbling around like an idiot figuring it out I’ve got the most basic of basics down now. It start by asking a series of questions about your basic plan for the course. Links style? How many tree? How much water? And after all of that it generates a random course for you after about 1 or so minutes. Don’t like it? You can generate a completely new base course or go in hole by hole and tweak to your liking. You can place golf carts down and even animals like a humpback whale that will swim around in the water. Seriously. You can put a humpback whale on your course. Where it fails is in terrain adjustments. Raising and lower land is a chore. The game can get lost in your elevation changes and suddenly you have a course where all the trees are 2 miles up in the air and I haven’t been able to find a fix besides loading a previous save or re-starting the entire course from scratch. The terrain also balloons in and out while trying to make changes that make it extremely difficult to see what you are currently working on. There is also no grid on most of the course making it hard to differentiate elevations.

Let’s talk about customization of your equipment. There is none, discussion over…. OK, let’s dig into this a little further. You are not going to be playing a round sporting your Nike hat or with your Callaway irons. I wouldn’t fault HB Studios for not whoring their game out to brand names for money, but they did put Greg Norman’s name on the course designer so they are obviously not above branding. In fact throughout your entire experience with The Golf Club your actual clubs will never change. There are no better skills to unlock, nor is there any better equipment to earn. The golfer and equipment you start with on day one is the exact same golfer and equipment you will be playing a year from now. Ummm, a year, that’s being insanely generous. One can argue making everyone play with the same universal set of stats levels the playing field of the game but the fact remains that real golf offers an insane range of real equipment all catering to different play styles. Want to provide a realistic golf experience? Then by all means don’t have a Luck skill or allow spin to be added mid-flight but at a bare minimum something as simple as choosing your driver’s loft should absolutely be in a game that promotes itself as a simulation.

This brings me to my biggest overall complaint about The Golf Game is that it appears to really only be the FRAMEWORK of a more complete and actually polished product. Like have I just paid $35 for a released Beta? This makes me question whether the lack of indicators and meters is a thought out design policy or simply something HB Studios just hasn’t gotten around to coding yet. Take the graphics that look amazing on PC but are dull and low-res on the Xbox ONE. Another thing that just didn’t get enough polish before they shipped it out the door. The commentator, John’s tone is uninspired and his casual demeanor comes off as aloof and uninterested. Like they pulled a hobo off the street to do some one-liners. And I know in sports games you are going to get repetition out of commentary but I didn’t expect it start on the second hole I played.

It’s a game with promise to be sure, but at launch I’m left frustrated that I’ve paid good money for a game that isn’t finished and that sadly the developer seems to think is finished.