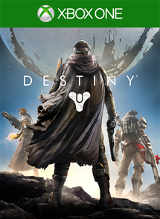 So right before launch Bungie released a statement saying that there were no review allowed yet and they didn’t send review copies because no one is capable of reviewing Destiny until you’ve played like a bajillion hours. Well, I’m going to do this review after just 24 hours or so of real time and maybe 6 hours of play time. And after that amount of time I can emphatically say I am NOT impressed.

Destiny is no doubt a really beautiful game and I am glad to see games start to push beyond 360 and into the ONE era but graphics do not make the game.

As I started writing down info for a full fledged review I started to notice a increasing large stack of negatives. So I am just going to copy my list over here and then we’ll go through it one by one.

No internal volume control
Separate loadouts for single vs multiplayer needed
Single player abilities do not work the same in multiplayer with no guide as to differences
Only 4 multiplayer game modes
Only 10 multiplayer maps
Strikes are BORING
Patrol missions are interesting but super repetitive and time consuming for little reward
Achievements are not tracked
Info is on Bungie.net only including all clan info
General lack of information past sparse tutorial
No penalty for death
Fireteams are only 3 players
WTF is the story?

Really? Are you f-ing serious here. There is not a single option to change music volume, game volume, ANYTHING. I record for YouTube and no volume control is insane. Let alone that music is your number one ticket to a copyright strike. I was going to say is this the 80s? but I can’t remember or name a single other game where you can’t control the in-game volume in this decade or any for that matter.

Let’s just look at multiplayer all together. The single player / co-op could not be any more different than the crucible multiplayer. Not just in the general sense of its PvP versus PvE. Things work differently, abilities work differently. But there is no information on this. What is important for a gun to be good in PvP vs PvE? What stats carry over? How do they relate? These are serious questions that are only answered by dedicated players just doing blind testing. This sort of info needs to be front and center. Also because of these differences there really needs to be different loadouts for your Guardians so that you can have a PvE ready vs having to move all your equipment over before switching to Crucible.
I don’t know a game in recent history that has had so few multiplayer modes and so few multiplayer maps. There are 4 modes at start. Let’s forget whatever made up names they put on these modes, they have Team Deathmatch, Free For All, 3v3 Team Deathmatch and Domination. So off the bat, nothing new. They didn’t create a single new mode type. All rehash. From what I can, and you can really only tell from looking at Grimoire cards, is that there are only 10 maps at the start also. And my god they are drab and boring. There is nothing dynamic or innovative or special about a single one of them. The only way I can even tell them apart is that one is slightly more towards blue than gray from the last one I played. One map had some doors that opened. They I didn’t even know where doors from the start as they were so lagged and delayed in opening that I missed the opening event the first time. There are a LOT of dead ends also, just places where I was trying to path from A to B to find myself smack dab in a solid wall.

I guess the one and only Raid is really high level so I don’t even know a thing about that but I’ve played Devils’ Lair and it’s just as boring and retarded as it was in Beta. There are 3 parts. Boring ass long tank battle, insane no place to set up a defense wave section, and then final boring ass long sphere battle. And you’re done. Neither of these large enemies (Spider Tank or Splinker) are enjoyable in the least and are more about ammo management then any kind of real strategy. In fact it’s like Bungie knows how long and tedious they are because they automatically replenish your ammo magically at intervals of the battles. Not even a crate drop, just here’s more ammo in your gun. Your welcome.

This really goes for all the missions so far. Just boring and straightforward from one group of AI to the next. No flash, no interest, no solid reason to keep going.

So after you do a few missions you can just run around the worlds and pick up small missions that for whatever reason as tied to random sticks in the ground. You have to find a stick, and then you typically just call the Tower to ask what you are going to do. Why can’t these just be a menu selection? I’ll now tell you why, because 90% of what you do is just go from one end of the world to the other. The actual mission tend to last all of 1 minute, but it’s inflated because of the 1 minute of finding the mission and then 4 minutes of traveling to the actual mission location. There is no fast travel from within the world of any kind.

Achievements are not tracked

Didn’t the ONE just get a nice update so that achievements are more trackable? Not a single achievement in Destiny tracks percentage. NOT ONE. And my god for a game that Bungie thinks I should be playing for 100+ hours and years of my life these achievements are worthless. No imagination and nothing is remotely end game.

Info is on Bungie.net only including all clan info

I hated this in Battlefield 4 and I still hate it. Game forcing you to go to their website, which typically is down or slow, to get information that should be in the GAME. For a clan, I have to invite to group, then they have to go back to the site to actually make the group a clan and all of it, EVERYTHING, is only accessible on the website. WTF!

After your typical how to jump and how to reload, they tell you nothing. Nothing. There is no help of any kind on how to do anything in this game. At least The Golf Club had the decency to make some YouTube videos for their game.

No penalty for death

There is no reason to live in Destiny. Dying means nothing. My team was trying to find a Dead Ghost (Which is glitched anyway) and it was surrounded by mobs that were so high level that we weren’t even allowed to see their levels and we just ran in there and died somewhere around 50 times each trying to get this Ghost that wasn’t even there due to bad programming and it didn’t matter. Fact is we were actually lowering their health through the process and if we had wanted to spend another agonizing hour we could of actually beaten these 3 elites just based on Stalin-esk tactics of the individual soldier’s life doesn’t matter. In the end it would of been 300+ deaths to 3 death but we would of won the battle.

Fireteams are only 3 players

Multiplayer you can have up to 6 but the main game is 3. All night is “You guys have room.”, Nope, sorry we are LOADED up with 3 whole guys. Not a big enough world for more people. People are all excited that there are other Guardians running around the world. Not me. I am there to win my battles and get my kills with my friends, I don’t need randoms KSing everywhere I go. I appreciate any game with co-op as that is where my real enjoyment comes from but only 3 people is a joke.

WTF is the story?

Seriously. 5 or so missions in and WTF is going on and why the F am I supposed to care about it? Get a ship, get a drive, eliminate this area. blah, blah, blah the whole thing is told in one liners from the Ghost and the rest I have to read.

This game compares to me to Gears of War: Judgement (Which on Meta got a 79 and generally negative reviews from users) in that it is quick missions and rehashed (just GOW) multiplayer. That game to me is better than Destiny. It had a story, say what you want about how absurd Gear’s story got, it had a fully fleshed out story. The best part of Judgement was the story changed as you made the game harder. “I heard you had the best equipment”, “No sir, we only had pistols” and then you only had pistols for that mission if you selected to make it harder.

Let’s also draw comparisons to just released Free to Play Warframe. Now Warframe being FTP is a money grab. That’s just straight up fact. Pay $20 and you get this thing now. BUT, you can grind the whole thing out. It definitely has launched with more Modes and more Maps. The weapons system with weapons levels and mods to pick what you want your gun to do is a great system. Mods are still drops and still earned so you still have that loot to win system that Destiny and Diablo also live by. Warframe has a interesting crafting system to make your own weapons and items. I give a BIG BIG BIG nod to Destiny in graphics and party system but Warframe is getting better.

If your game really doesn’t begin until level 20 why the FUCK am I playing the first 20 levels then?????

These are just some quick thoughts.

CONS:
1) Lack of Modes & Maps
2) Lack of info
3) Missions are lackluster and tedious