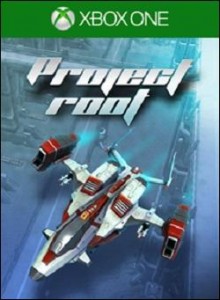 The Xbox One is a little light in the field of SHMUPS, which isn’t right. Everyone needs more SHMUPS in their gaming life, that’s just a fact. Project Root, Developed by Opqam is described as an open world, over-head shooter, with countless enemies swarming your ship in true SHMUP fashion.

In Project Root you play as pilot Lance Rockport piloting the F-72 Zonda, trying to overturn an evil doing energy company, Prometheus Corp. That is pretty much all I can tell you about the story. If there was any voice overs or some sort of cut scenes to watch, it would probably be a bit more engaging, but reading page after page of a conversation really isn’t my thing. 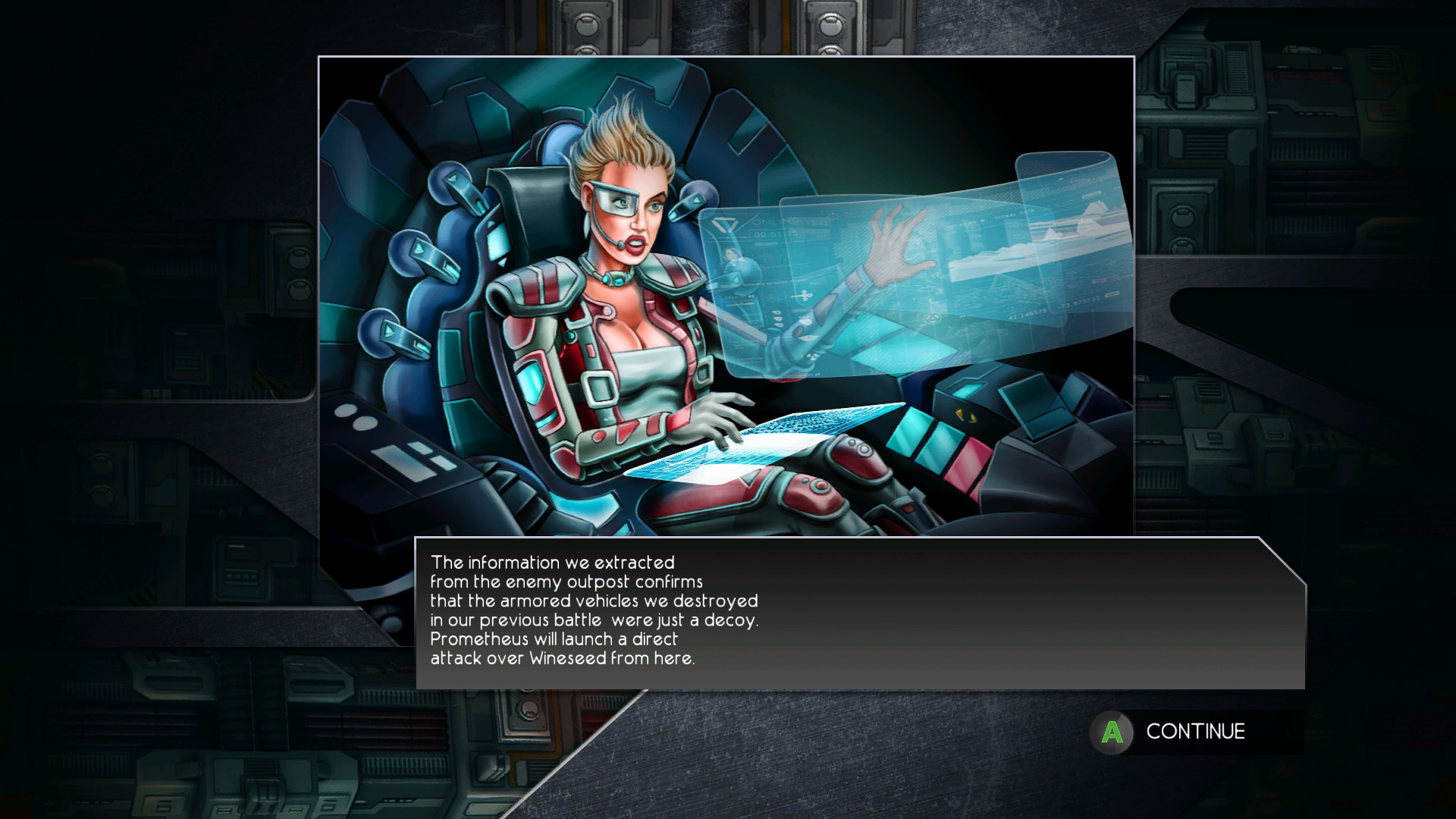 Wall after wall of text

During each mission you get little pop ups in the corner of the screen with an image of who is talking and tiny, tiny words…which you are supposed to read whilst keeping the enemy ships at bay. The one time I did stop to read what was going on, I died. Which sent me back to the beginning of the level, all my earned XP lost and 20+ minutes of tediously going from objective to objective to destroy this and that having to be done over again.

The enemies you face are split between different aircraft that spew tonnes of bullets and rockets at you from every direction and ground forces that pretty much do the same. There’s a cursor in front of your ship at all times showing you where your ground attacks will land, which helps gauge where you are aiming. I found myself just holding down the LT and RT (ground attack and normal attack) for the whole mission and doing a lot of spinning to hit the flying enemies that tend to circle you. To say I got a bit dizzy at times is an understatement. I don’t think I played it for more than 45 minutes at a time without needing a break.

The game is split into 8 missions of increasing difficulty and length. Each mission consists of several main objectives which are shown in the HUD at the top left and several secondary objectives. They will task you with finding out what strange signals are, destroying a certain building, going somewhere else, destroying another building, going somewhere else…you get my drift.

For each level you start with 2 lives. Sometimes enemies or building will leave behind an extra life for you when you destroy them, but it seems to be random. Like I mentioned above, if you lose all your lives, you lose all progress for that mission and have to start over. Towards the end of the game this can be extremely frustrating. I spent close to half an hour slowly plodding through a mission I had already failed once only to be killed right at the end. Granted, I’m not the greatest SHMUP gamer in the world but with the game being so tedious it is very difficult to want to go through the same mission all over again. 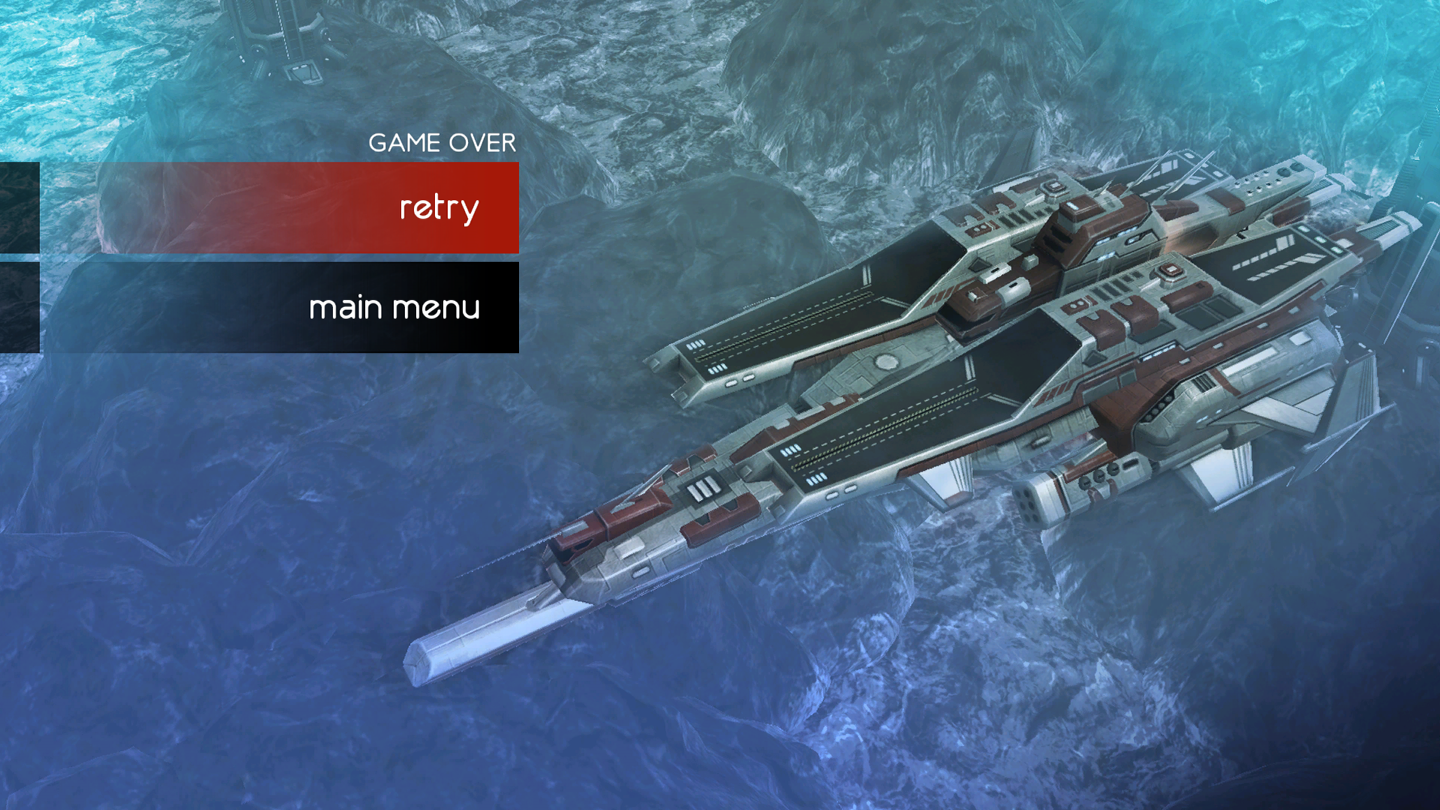 If you’re like me, you’ll be seeing this screen…a lot.

Your ship starts with hardly any speed, power or armour and is pretty much as useful as a paper airplane, but it can be upgraded. You can upgrade the ships speed, handling, standard and special weapons, airframe and defense. The only way to upgrade these attributes is with XP which is earned from completing missions. If you fail the mission, you lose all earned XP. Anything you can destroy has a potential to drop power-ups in the shape of Homing Missiles, Rocket Packs, Laser Beams and Disruptors (my personal favourite). Without the power-ups the game would be extremely difficult and keeping Disruptors available for the tougher enemies that fire a million and one bullets at you is certainly recommended. 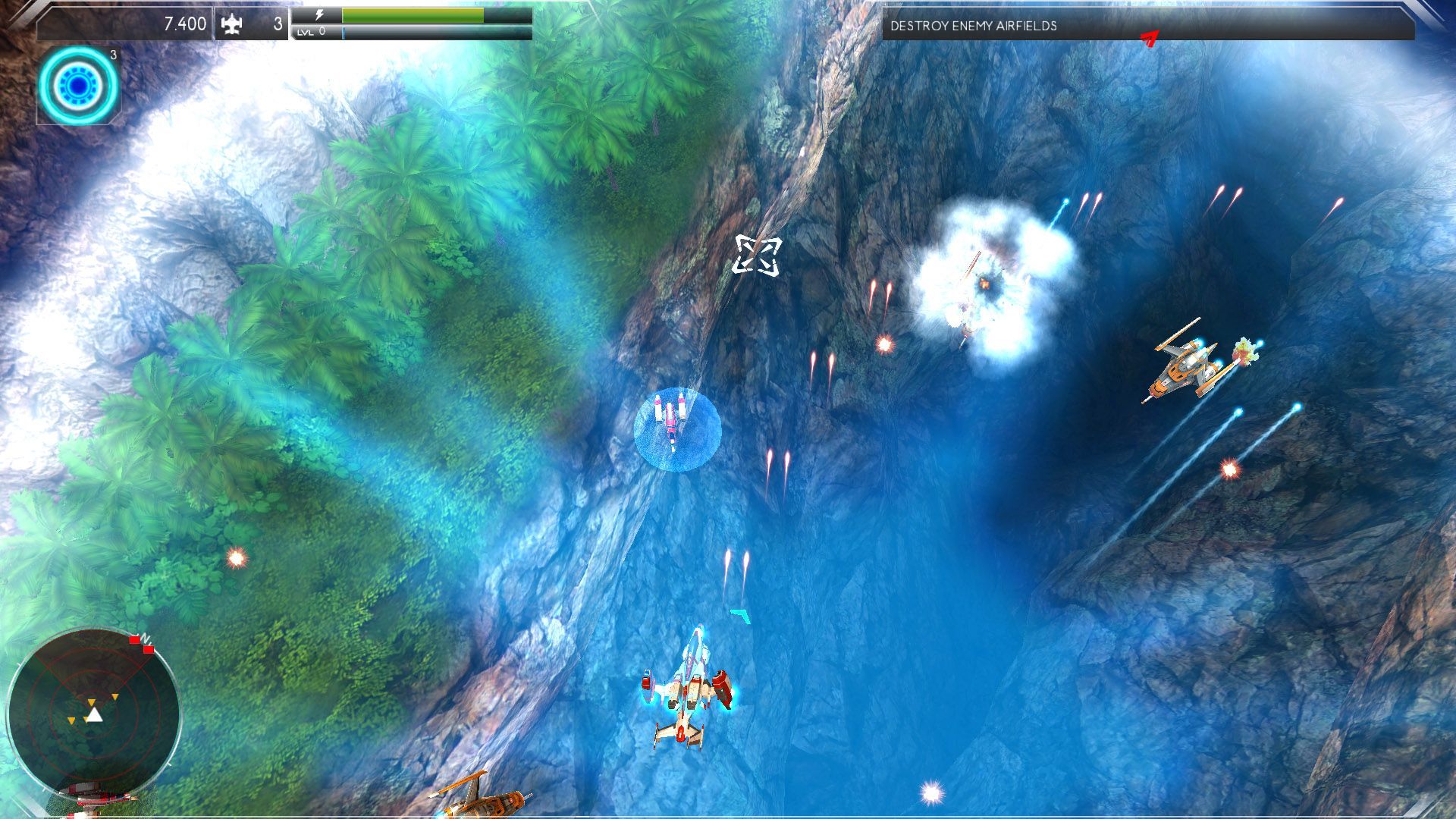 The Disruptor at work.

My biggest gripe with Project Root is most definitely the invincible enemies that appear. On countless occasions I would be firing at a ship that would get stuck in a wall. Fair enough, that can happen sometimes, but you can’t hit said ship but they can hit you and if you need to destroy all enemies to continue on the mission, you have to restart because you can’t fire through mountains. If it happened once in a blue moon you could overlook it. But it doesn’t.

Regarding the achievements for Project Root, they are very straightforward. The majority of them will come for just completing the game. Although, you will have to play through all the missions 3 times (once on each difficulty) as for some strange reason, the achievements do not stack. All in all, if you can overcome the boredom and frustrating glitches the completion isn’t a difficult one.

Project Root had me excited. SHMUPS are fast, fun and exciting games to play that keep you on the edge of your seat trying to keep up with the frenetic gameplay. Unfortunately Project Root just doesn’t deliver. It’s slow paced, no checkpoint gameplay left me bored and uninterested. Add into the mix the poorly executed XP system and the glitches giving enemies invincibility and it leaves a bit of a sour taste in my mouth.