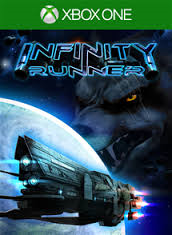 Endless runners have become quite popular over the last few years, especially in the mobile gaming airspace and rightfully so. They are nearly always easy to pick up and play and you often find yourself having one more go. Does Infinity Runner translate to next-gen consoles?

First off, it isn’t actually an endless runner in the sense that the story mode has a clear beginning and end to each ‘sector’, but there is an Infinite mode where you can endlessly run to your hearts content, more on that in a bit.

Infinity Runner is a first person runner that puts you in the shoes of an unnamed prisoner trying to escape from the ship ‘Infinity’ with the help of a woman called Riley. She explains very little and gets you running through the ship looking for a way out, fighting through enemies and avoiding obstacles whilst running to your objective.

You use the right stick to turn around corners, the left stick to move from side to side to avoid obstacles and collect data packets and LT and RT to slide and jump respectively. For some reason, the controls took a lot of getting used to, especially jumping and sliding. Unfortunately there are no options to change the default controller layout.

When running through the levels you will come across enemies which can only be defeated by following the QTE’s. If you are too slow or you press the wrong button you die. This can get particularly frustrating towards the end of the story mode due to a large QTE on the final level. The QTE’s just seem unnecessary and mess with the flow of the runner gameplay. If you lose all of your lives you need to restart the level. 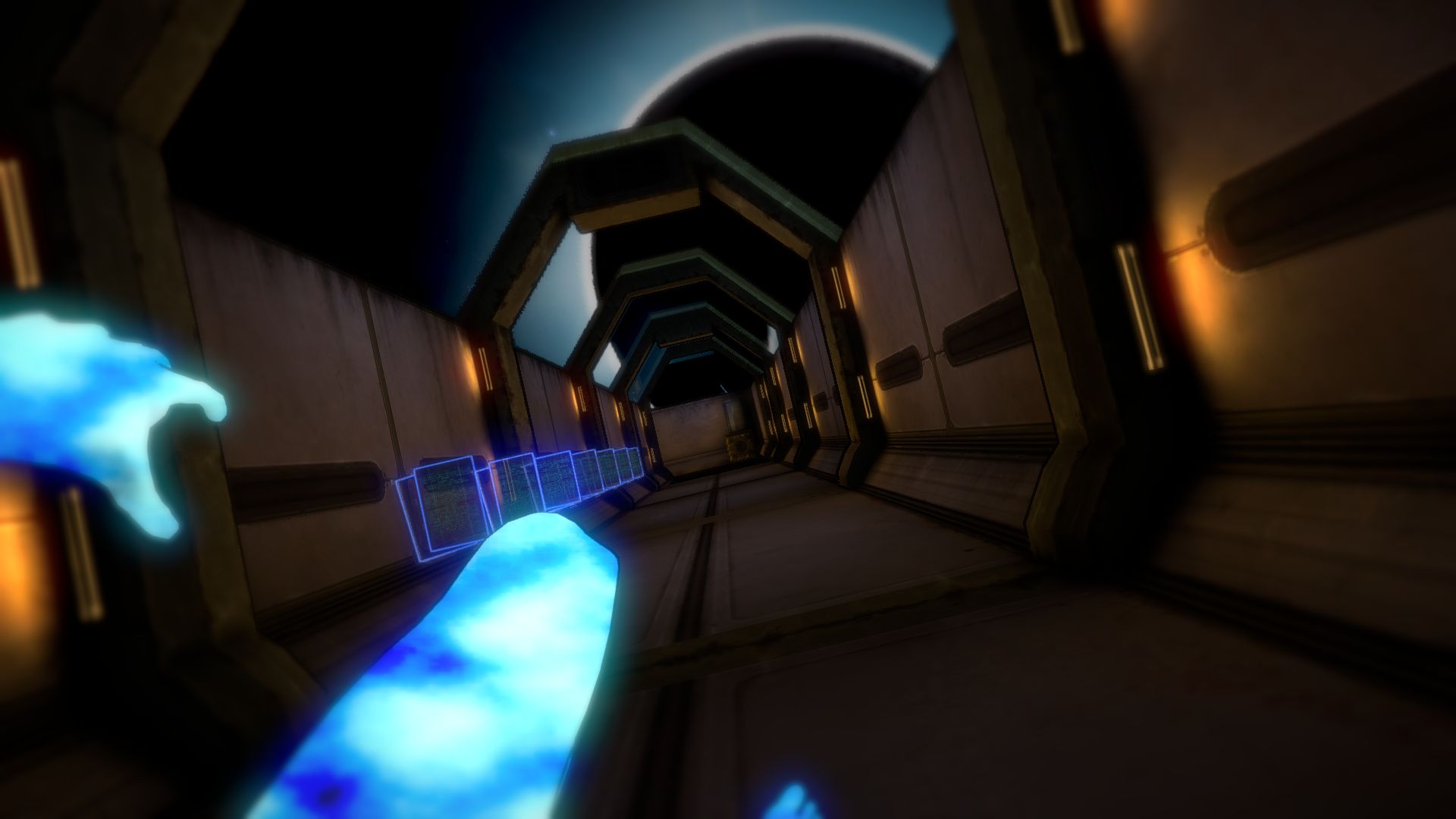 There are two main modes in Infinity Runner, Story and Arcade. The story really did not interest me at all. I really tried to engage but it was just too bland. You, the prisoner are being helped by some woman you don’t know called Riley who is very reluctant to give you any other info other than to run. She does spoon feed you bits of info about your special ability but it can all be worked out from what is happening on screen anyway. In this mode you run through fixed levels, which you will need to know inside out if you want to grab all the achievements.

After playing through the story and being very underwhelmed, I decided to give Infinity a shot which is the main Arcade mode, and I thoroughly enjoyed myself. I spent about an hour just playing infinity mode getting my total distance and score up for the related achievements and the time flew by. Another great addition to Arcade modes is you can turn off the fights which I would highly recommend doing, unless you enjoy QTE’s.

During my time running through corridor after corridor and needlessly entering QTE’s whilst playing through the story mode, I found myself becoming increasingly frustrated by some of the obstacles put in front of me. There are several that just don’t give you a clear path under or over, so you inevitably choose wrong and lose a life which can be very frustrating.

The level designs are pretty detailed although they do suffer from the sci-fi effect of being a bit dull and dark due to the nature of the game which at first you don’t really notice, but the more you play, the more you see the same grey corridor… 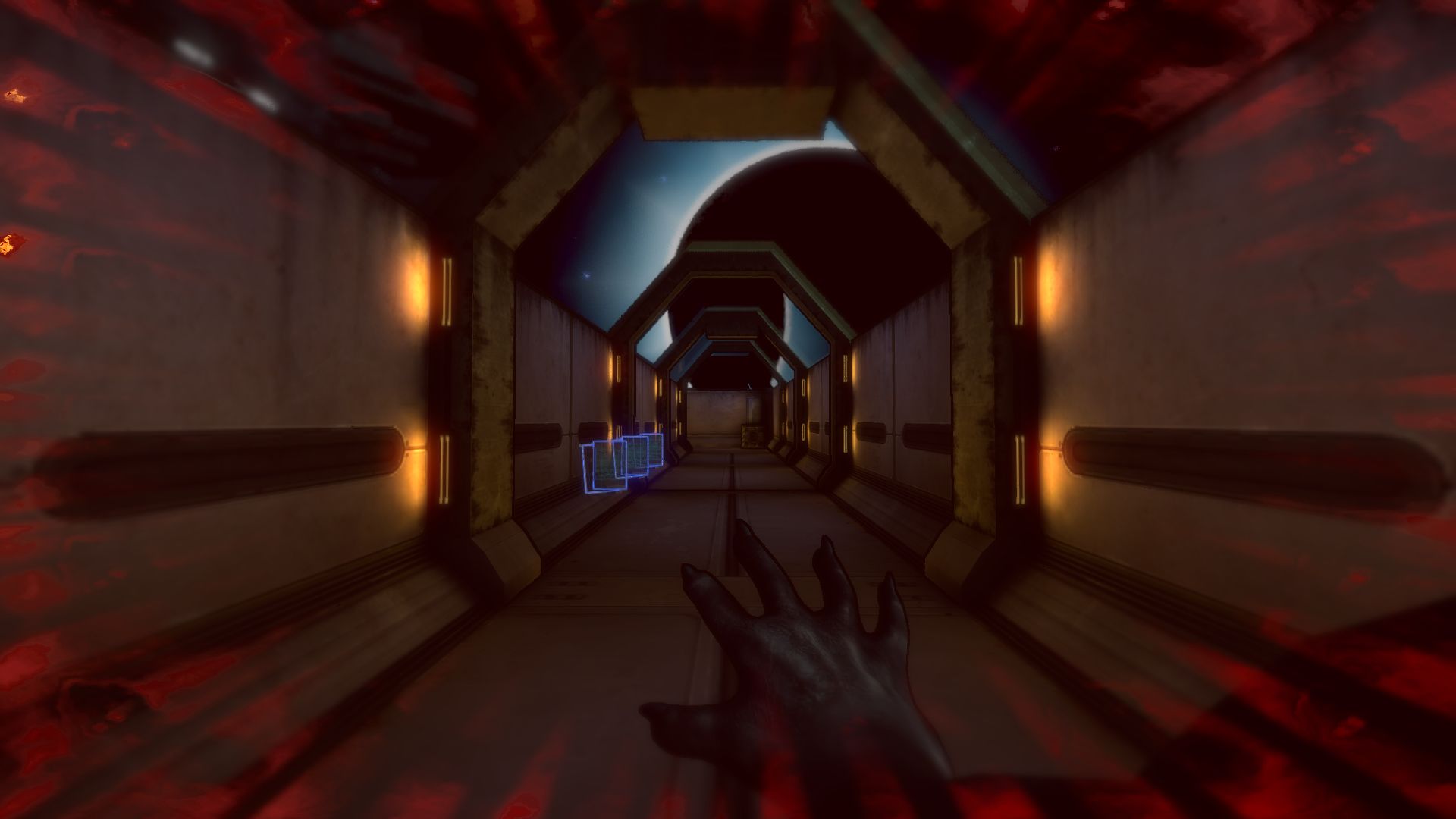 Haven’t I seen this place before?

Infinity Runner does a great job at increasing the difficulty of the levels. As an example on easy you have moving arrows showing you which way the corridor is turning, on medium such luxuries do not exist. Also, during certain areas of some levels the lights will be knocked off and you just have the emergency lines on the walls to find your way.

Regarding the achievements, there is quite a mixed bag. You’ll obtain the majority of them just by running through the story mode and others will come with more invested time like running for 400,000 metres. The real killer in the list is for getting the Maximum Wolf Level. To do so you need to finish the story mode on Hard without dying on any of the levels. This is not one for the faint hearted I can assure you.

All in all, Infinity Runner is a decent outing for Wales Interactive on the Xbox One. Although it does have its glaring faults, I think there is enough fun to be had with this title to warrant a purchase, and the asking price for it is spot on.

PROS:
1) Caters for all skill levels
2) Infinity mode is great funCONS:
1) The story, or lack of
2) Really wasn’t a fan of the QTE’s
3) Frustrating obstacles
5.8
DULL