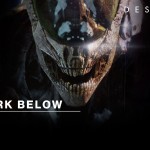 This entry is part 15 of 15 in the series Destiny

Activision and Bungie today announced that Destiny Expansion I: The Dark Below will be available for download on December 9th. The Dark Below marks the first expansion to the universe since Destiny’s launch in September and features all-new weapons and gear to earn through new story, cooperative and multiplayer activities.

“Destiny was created as a living universe, which has allowed us to improve the experience post launch in real-time,” says Harold Ryan, President of Bungie. “It also gives us insight into the things players are looking for in new content. We’ve seen from feedback that people want new activities, gear and weapons, and of course the immensely popular Raid. The community helps shape our development decisions and that’s really important to us.”

Destiny Expansion I: The Dark Below will feature the following:

So to get the 5 more slots I need the expansion? Wow. Also does anyone else believe that with adding 2 more levels the only way to get those is through the new Raid and the only way to do the new raid is going to be already being level 30? I think they are going to just keep ramping up each raid to the next.

o New story quests and missions – after years hiding amongst the Hive shadows, a new character, Eris, has come forth bearing an ominous warning: The Hive seek to summon a god, Crota, to destroy the Earth. Find Eris in the Tower to take on special quests that include three new missions where you will increase your Light and earn new rewards
o New cooperative Strike, The Will of Crota, pits you and your Fireteam against Omnigul as she works to expand the Hive army at the command of her master, Crota
o Three new competitive multiplayer arenas
Pantheon – set deep within the Black Garden in an ancient Vex temple that features Vex-designed landscapes and tight corridors
Skyshock – an old interplanetary defense array that offers both vehicle and infantry engagements
The Cauldron – an abandoned Hive ritual site that offers close-quarter combat
o New six-player Raid, Crota’s End, set deep within the depths of the Hellmouth
o PlayStation platforms will also get access to an exclusive cooperative Strike, The Undying Mind, and more (timed exclusive until at least Fall 2015)

Players can purchase The Dark Below individually ($19.99), or as part of the Destiny Expansion Pass ($34.99), which includes both Expansion I and Expansion II, on PlayStation®4, PlayStation®3, Xbox One, and Xbox 360. 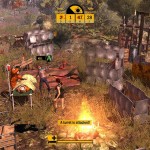 This entry is part 1 of 2 in the series How To Survive: Storm Warning Edition

Good thing Halloween is on Friday so gamers will have plenty of time to face the undead chaos unleashed in 505 games and Eko Software’s How to Survive: Storm Warning Edition. The revival of fan favorite crafting survival zombie game includes new maps, characters, modes, weapons and tips as you survive a swarm of relentless zombies. All of this gaming goodness will keep gamers’ hearts racing as they craft their escape from a legion of the living dead and fortify to protect the living for as long as they can. How to Survive: Storm Warning Edition is a complete pack that features the original game and a set of action packed DLC’s. It includes:

Hello, My name is Nina DLC: Presents an additional character with the ability to craft flamethrowers and advanced chainsaws.

One Shot Escape DLC: Allows players to roam the islands on a highly randomized scenario trying to find and repair an escape vehicle.

Barricade! DLC: Introduces a new game mode where players will try to protect survivors as long as they can, setting traps and barricades.

How to Survive: Storm Warning Edition is available to download now for STEAM and Xbox Live® online entertainment network from Microsoft as a game for Xbox One® for $19.99. PS4 via PlayStation®Network will be available on November 4, 2014.