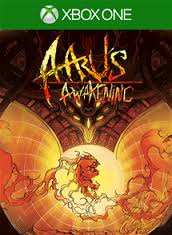 Platformers never cease to entertain me. I have played so many throughout my gaming life and yet every time a new one comes along it fills me with anticipation and excitement. Aaru’s Awakening was next in line to satiate my need for platforming goodness.

Coming from a small team of 8 based in Iceland making up Lumenox Games, Aaru’s Awakening is set many, many years ago. The Earth was plagued with War between four brothers. Dawn, Day, Dusk and Night. In order to reach peace the four brothers made a deal to each rule the Earth for equal amounts of time. One of the brothers, Dawn, decides to keep hold of his champion from the War and awaken him. Enter Aaru. 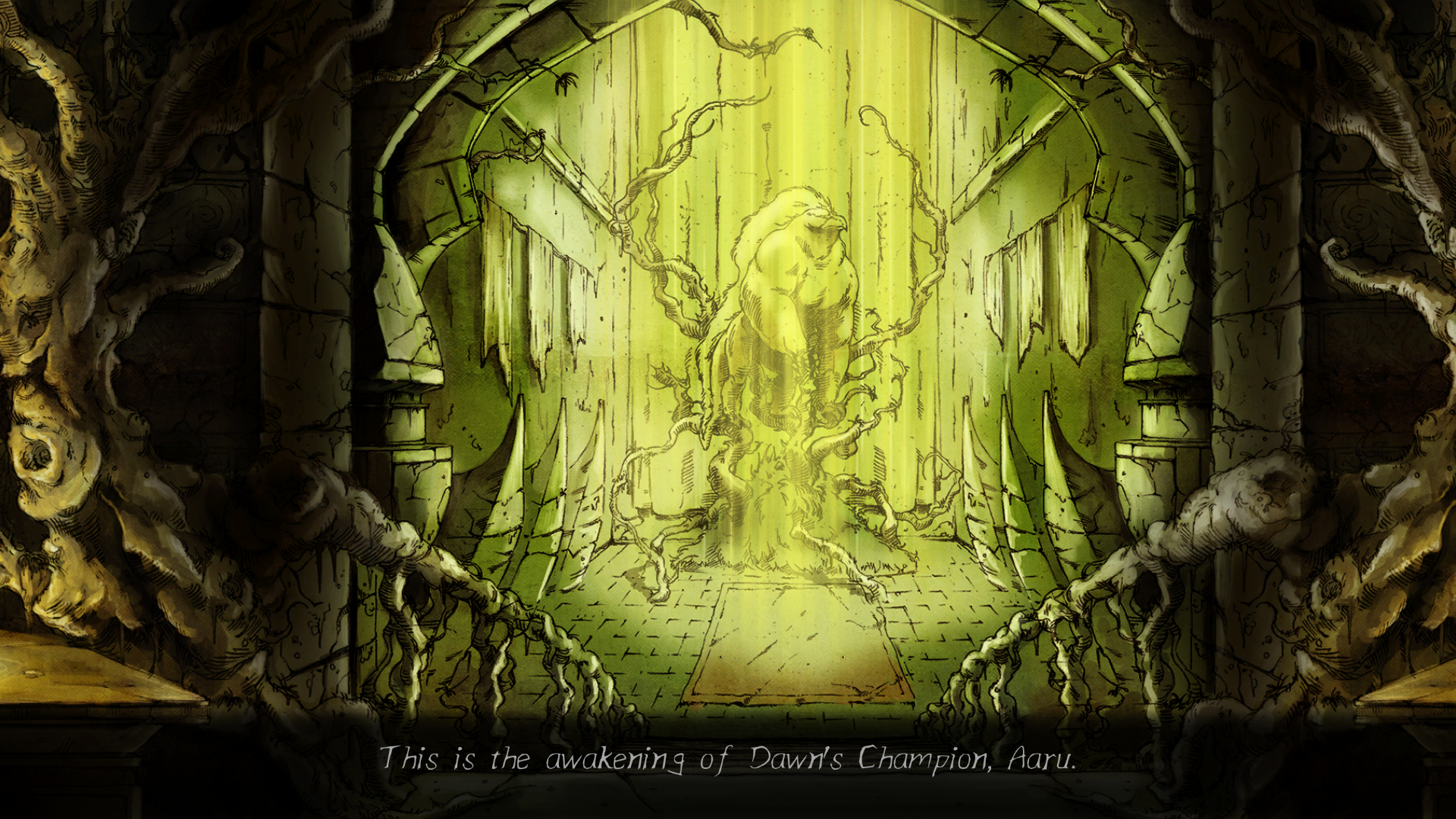 Playing as Aaru (pronounced ‘Ah-roo’) you are tasked by Dawn to travel through his brothers domains to stop a dark force that is coming from Night’s domain, but something doesn’t seem right. Each domain consists of four platforming levels and a boss level.

Whilst controlling Aaru, you can jump, dash and teleport to make your way across the treacherous lands of each domain. Your ability to dash after jumping can break through brittle rocks and you can use the teleport ability by firing little yellow orbs to destroy enemies or get through obstacles that would otherwise kill you. Once an orb has been fired with the RT button (default layout) you can then press the RB button to teleport to where the orb is.

The teleport orb can also be fired at different rates of speed dependant on how long you hold down the LT button, and I would say you probably need to get used to using different firing speeds to get to the end of the game.

For some reason the trigger and bumper buttons are the only buttons used for jumping and teleporting. This makes the controls feel awkward and unnatural. Personally I would much prefer the A button to be doing my jumping. Although there is an option to remap your controls, you can only switch around between the bumper and trigger buttons which is a real shame.

Each level is timed and upon completion you will be awarded with a bronze, silver or gold medal based on your completion time. It makes no difference to your score how many times you die.

The first few levels are very manageable and I found myself breezing through them first time with a gold time. By the time I got to the second domain I was beginning to struggle to keep those gold times. With a bit of practice though, I was able to nail the gold times down. This is where frustration can certainly set in. Doing the same level over and over trying to better your time to a gold standard can become tedious, but you get a nice sense of accomplishment when you finally achieve a gold time. 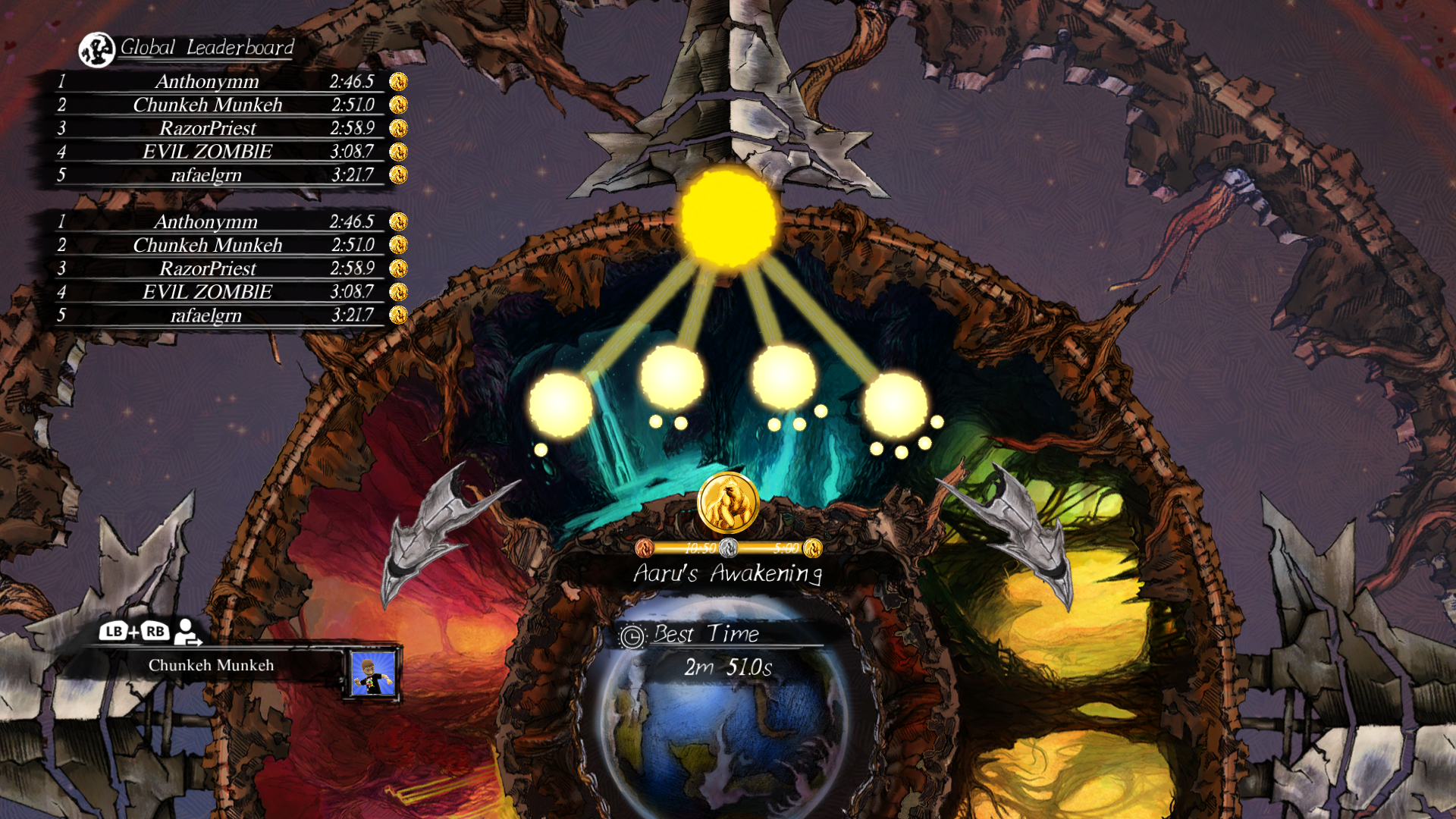 The story is beautifully written. I am often guilty of skipping cut scenes or if they cannot be skipped, doing something else to pass the time. Each part of the story is told over mainly static images that are truly stunning. The Narrator’s voice is quite enchanting and as the story progressed I found myself wanting to progress through the game further to find out the truth.

After completing the game you unlock Hardcore mode. It is appropriately named. To complete Hardcore mode you have to finish the entire game without dying once. I don’t think I completed more than 3 or 4 levels without dying a handful of times so Hardcore mode is very much out of reach for me and the majority of gamers out there.

You can get the full 1000 gamerscore by finishing each level with a gold time. However, four achievements each for 0 gamerscore require you to complete each domain on hardcore, so completionists beware.

Although Aaru’s Awakening is a truly beautiful game, with a solid story to boot, the gameplay outside of Hardcore mode only lasts a few hours and the controls can be a bit awkward at times. If you can look passed how short the game is, there is a lot of fun to be had with Aaru’s Awakening.

A code for the game was provided by the Publisher for the purpose of this review.