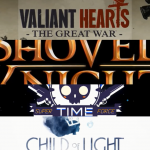 2014 was a good year for gaming. It was the first full year for the Xbox One and PS4; and with it came new exciting experiences but undeniable growing pains as well. The Wii U had it’s second full year in which they threw big-time punches with some big-time games. It’s usually the second or third year in a console’s cycle that we get the best games. And with some awesome stuff on the way, get excited for 2015. But before we do that, let’s look back at 2014. A year with some absolutely phenomenal games and equally bad ones. With great hype comes the possibility of great disappointment, that’s for sure. Some games reached that hype and exceeded it however. There are plenty of categories to cover in the Bam Game Awards (BGAs), so let’s get right to it. I’ll continue to add videos for categories like “Best Sports Game” or “Most Disappointing” or “Best Download Only Game”. I’ll end the 2014 BGAs with “Best Game of 2014”.
Remember these are my own opinions, and I haven’t played EVERYTHING from 2014 so some games may be left out for that reason. But overall I got to play a massive amount of games in 2014 and I have some very strong opinions, I’m looking forward to sharing them.
Stay tuned over the next few weeks, I hope you all enjoy the 2014 BGAs!
– Bam

Most Disappointing Game of 2014 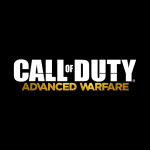 Do You Even Exo?